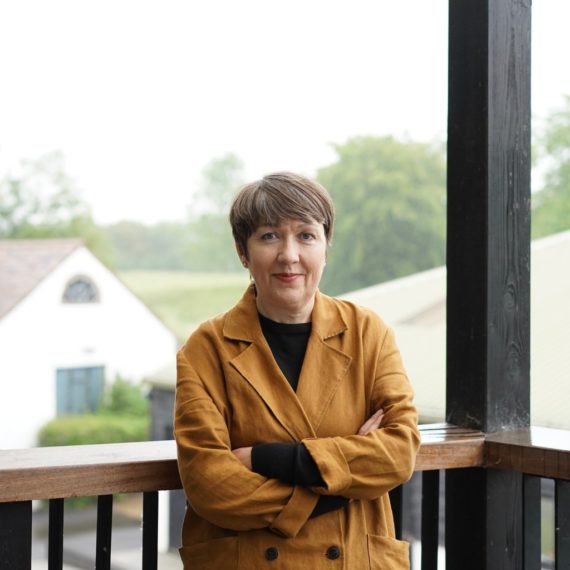 Donna Lynas, the influential Director of Wysing Arts Centre, has passed away, the Cambridge-based organisation has announced.

In a statement, Wysing Arts Centre said: “Donna died peacefully with her family beside her after living with lung cancer for the last two years. Our thoughts are with her family, friends and colleagues at this very sad time.

“We will write with an update about plans for a memorial in due course. Instead of flowers, Donna asked that people make donations to the Arthur Rank Hospice. If anyone wishes to send post to Donna’s family, we will be able to forward it on from the Wysing address.”

Responding to the news, Julie Lomax, Chief Executive Officer of a-n, said: “I met Donna in 2004 when she worked at South London Gallery curating the SLG Live Art programme. I was at the gallery for a meeting and she was working on Franko B’s Still Life performance. This was an incredibly challenging performance both for Franko B and the gallery but it was beautifully curated and performed, with care and attention. And it was this care that was at the heart of Donna’s curatorial practice along with bold risk-taking and experimentation.

“When she went to Wysing Arts Centre, I recall saying at the time, what a genius appointment, and it was. Donna transformed Wysing Arts Centre into a place for artists, embedding values that we share at a-n, such as paying and supporting artists. Donna was a beacon of light for artists and on behalf of a-n we pay tribute to her and her extraordinary work, and send condolences to her family.”

a-n Board member Hannah Wallis, who last year was appointed curator-in-residence at Wysing Arts Centre, as part of a programme to support the career development of D/deaf and disabled curators, added: “In the short time I had the honour of working alongside Donna, it became so very clear the reach and depth of her unceasing dedication to supporting artists, to driving change and to taking care. This fierce advocacy is both a testament to Donna and a monumental legacy that I know will continue, through the work of the wonderful team at Wysing and all those she has connected with in so many ways.

“To have had the opportunity to learn from and be supported by Donna and Wysing’s integral work is my greatest privilege and I hope that I will be one of many who honour this legacy, working towards the fair, just and generous world Donna fought for every day. She will be so very missed and my heart is with her loved ones.”

a-n Artists Council member Giles Round, who has had a long relationship with Wysing Arts Centre, working on major commissions including for the Royal Institute of British Architects (RIBA) in 2017, said: “Donna’s encouragement, generosity and trust provided me and so many others with the freedom to experiment and realise wildly ambitious dreams. I will forever be grateful for all the opportunities and never-ending support.

“The time we worked together, for five years, more or less, in the early 2010s, has had a profound impact on life and my work. I feel honoured to have made such a deep connection with Donna, Wysing and the then- Wysing family. Together we realised numerous exhibitions and projects. I cherish the memories. My heart goes out to Donna’s family. With love.”

Born in Northern Ireland in 1967, Lynas became Director of Wysing Arts Centre in 2005 and over the last 15 years developed Wysing’s identity as a research centre for the visual arts. Just last year she was recognised for her efforts and was awarded an MBE for Services to the Arts in the Queen’s Birthday Honours List 2020.

As Director at Wysing she introduced experimental artists’ residencies and retreats, while commissioning and curating ambitious projects including Wysing’s annual festival of art and music. She led the organisation’s programme team, shaping the emphasis of Wysing’s artistic activity and identity, alongside developing organisational priorities.

Lynas also played an active role on the steering committee of the Plus Tate network of Directors and in recent years took a leading role in developing plans and strategies to diversify the network. She was also Chair of the Contemporary Visual Arts Network in the East of England, leading the region-wide programme New Geographies which over three years has commissioned the creation of new work within regional communities.

Over many years Lynas contributed to international conferences and publications on how institutions can better support and give agency to artists. She was previously Curator at South London Gallery (1999-2005) where she established the gallery’s performance and off-site programmes and worked with artists including Christian Boltanski, On Kawara, Joëlle Tuerlinckx and Steve McQueen on their solo exhibitions, alongside curating a number of group exhibitions.

Prior to this, she was Curator (1997-99) and Touring Exhibitions Organiser (1995-1997) at Modern Art Oxford and was part of the exhibitions team led by Curator Chrissie Iles that delivered key exhibitions by artists including Marina Abramović, Louise Bourgeois, Gustav Metzger and Yoko Ono. Lynas studied at Duncan of Jordanstone College of Art, Dundee and worked from artist studios in Dundee and Reading.

Donations to the Arthur Rank Hospice can be made here