EU referendum: Why it's time to forget 'us and them' and focus on 'we' - a-n The Artists Information Company 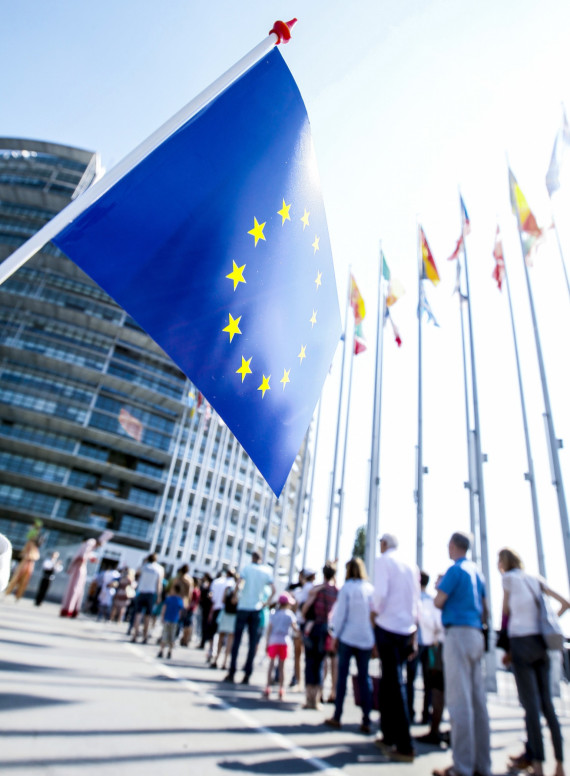 Who is the ‘Brussels bureaucrat’ for instance? This mythologicised creature, fashioned through the narratives of our news media, is perhaps an amalgamation of ‘the continental other’ and our fear of an archetypal unseen power.

As a child, my daily bus route passed by the European Court of Justice, the European Commission and the European Parliament in Luxembourg, before arriving at the European School where I, along with children from the other member states, attended classes.

Growing up, it was matter of fact to me that Britain, just as much as any other EU country, was the EU. Living in this expat community where most of my friends’ parents worked for these institutions in a wide range of jobs, it seemed disingenuous that the British press would often talk about what the EU had done to Britain, when clearly British citizens participated in the process.

It is this packaging of the EU as ‘other’ that has always disturbed me, when for me the EU feels like just another arm of Britain, albeit one that is shared with 27 other nations.

As well as being populated by civil servants of all nationalities, new policy has to be approved and voted on by both the European Parliament – filled by MEPs who are directly elected by citizens in each member state through proportional representation – and the Council of Ministers, composed of a member of each nationally elected government.

Both the European Parliament and the Council of Ministers can block legislation even if the other entity votes it through. Each country therefore contributes to policy and votes on it by its elected representatives. Britain’s interests are represented at all levels throughout the EU institutions, as well as having the largest number of policy opt-outs. It’s like we have a second parliamentary system and yet we act as if it’s some other entity that randomly sends us orders from above.

Approved legislation gets passed on to member states either as a regulation, which they have to adopt, or more often than not as a directive, which they can implement as they see fit. Unsurprisingly, this has made it possible for national governments to tack on unpopular policies to directives before implementing them as legislation – a practice known as gold-plating. Simply put, historically it has been convenient to blame unpopular legislation on the EU, whether this is deserved or not.

Journalist Sarah Helm, a former EU correspondent, writes about her experience in Brussels spent debunking Euro-myths rather ‘than explaining treaty changes’. Citing a number of half-truths that she traced directly back to the then Daily Telegraph reporter Boris Johnson, Helm gives insight into how some of the more far-fetched narratives such as the “vegelate” term for chocolate were constructed.

How can we as citizens know when a treaty change is positive or negative; how can we understand when we need to put our people-power together for a Citizen’s Initiative if the information we receive is regularly obfuscated by our own press and politicians?

Our national conversation has so often remained at the surface level of ‘in’ or ‘out’, ‘us’ or ‘them’, that we’ve failed to see the ‘we’. As an electorate, we’ve been missing out on a national and international conversation around what the EU stands for and how we can impact its policies and legislation.  The great irony is that the European Union is based on the premise of a participatory democracy and it’s not too late for us citizens to become more involved.

Fortunately, the EU referendum has spurred a number of citizen-powered campaigns into existence. On the left, Another Europe is Possible is campaigning to ‘Stay in Europe, to change Europe’ citing the EU’s track record on human rights, the environment, employment legislation and international cooperation as reasons to stay, whilst linking up with Europe-wide social movements such as Democracy in Europe, which counts Greek economist Yanis Varoufakis as a supporter, who has argued that Britain should remain and help reform the EU.

At EU-level, individual citizens, commercial entities and non-profits can contribute to public consultations on the institution’s legislative proposals. In practice, this means that while the citizen’s voice is heard, so are those of the lobbyists, whether they be big business, charities or even arts and culture bodies. One recent response to this is the independent legal initiative, The Good Lobby, which aims to link up pro-bono legal support with NGOs who lobby in the public interest.

As both UK and European citizens, we belong to two parliamentary systems. One, based on a two-party oppositional system, leaves little chance for politicians from minority parties to enter parliament, while still appointing peers from the House of Lords to ministerial positions within government. The other, while not perfect, seats a representative mix of MEPs, including, for example, three Green party politicians while there is just one Green MP (Caroline Lucas) in the House of Commons.

As an electorate, we need to read between the lines of EU referendum campaign discourse. When there is talk of loss of sovereignty, whose power is really at stake?

Pippa Koszerek co-edits the interview-based blog, Talking Europe. She is a staff member at a-n and is on the AIR Council