Events #11: The week ahead from a-n members - a-n The Artists Information Company 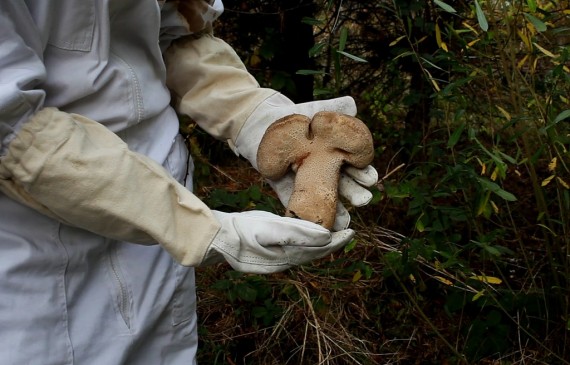 The Source of Resilience, NewBridge Project Space, Newcastle upon Tyne
Last chance to catch this solo commission by artist Sabina Sallis. The Source of Resilience (pictured above) uses myth and permaculture to explore the many facets of sustainability and our dynamic relationship with the natural environment. Featuring video, drawing, sound and sculpture.
Until 28 March 2015, thenewbridgeproject.com/the-source-of-resilience

Takayuki Hara, The Muse at 269 Gallery/Studio, London
Focusing on the notion of magic and journeys of rediscovery, Hare’s powerful drawings and sculpture explore the childhood understanding of magic, subsequently lost through growing up – but also the possibility of rediscovery.
Until 12 April 2015, www.themuseat269.com

Foreign Soil, Environment and Sustainability Institute, Exeter
Artist Gabrielle Hoad and ESI Associate Research Fellow Dr Jonathan Bennie have documented an attempt to grow edible dessert bananas outdoors in the UK. Drawing on both scientific and artistic processes to investigate human and plant adaptability, the results question what it means to eat local food, and the future of UK food supplies.
Until 15 April 2015, www.exeter.ac.uk/esi/research/creativeexchangeprogramme/foreignsoil

Election Art 2015
This online exhibition from artists Jeff Pigott and Julia Warin marks 50 days until the general election by presenting 50 artworks. Described by the artists themselves as ‘annoying, amusing, provocative or bland’, a new creation will appear every day to counter the seemingly interminable electioneering, until polling day on 7 May.
Until 8 May 2015, electionart2015.blogspot.co.uk

The Theatre of Shame, Galleri Vasli Souza, Malmo, Sweden
This exhibition features 25 ‘post-photographic’ works by the Norwegian artist Trygve Skogrand. Each piece explores various values and prejudices faced by subgroups in society. The starting point is the artist’s own story as a homosexual Christian.
Until 25 April 2015, www.trygveskogrand.com