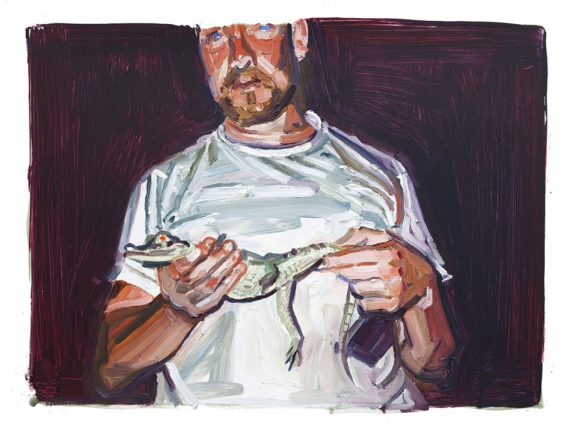 At a ceremony marking the opening at Exeter Phoenix last night, Olivier Larivière was announced winner of Exeter Contemporary Open 2012, an award worth £1,000. Larivière, who was born in France and now lives and works in Spain, creates paintings based on photographs appropriated from the Internet. For Exeter Contemporary Open he is exhibiting a series that reflect a fascination with risk and domination in relation to dangerous wild animals.

Burrows said: “The nine exhibiting artists were chosen from hundreds of entries submitted by artists from across the UK and as far away as America, Ireland and Spain…. any of them could have been winners. We were particularly taken with Olivier’s beautiful handling of paint and intriguing subject matter.”

Two additional awards of £500 were made to Bristol-based Chloe Brooks for her site specific sculptural installations and Anita Delaney who works in video and is based in Ireland.