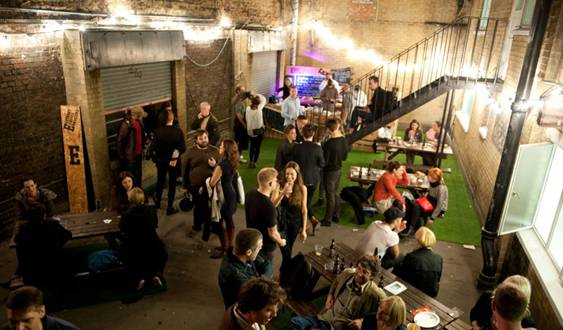 The Other Art Fair has announced details of its seventh edition in October, its biggest yet featuring the work of 130 artists. Taking place during ‘Frieze week’, the fair – which describes itself as ‘artist-led’ – returns to the Old Truman Brewery in East London and will be presented alongside Moniker Art Fair.

The artists selected for the seventh edition were chosen by a panel including Anita Zabludowicz, founding director of the Zabludowicz Collection, Omar Kholeif, curator at Whitechapel Gallery, Sophie O’Brien, senior curator at the Serpentine Gallery, and the artist Polly Morgan. Founded in 2011, the sixth edition of the fair took place in April this year and included Tracey Emin on its selection panel.

Other Art Fair director Ryan Stanier said: “Our aim has always been to provide an accessible platform for artists to exhibit and reach a growing audience of people who love art and want to collect – we want it to be a great experience for them.”

This is the second time that The Other Art Fair has taken place at the same time as Frieze London, which this year features over 160 exhibiting galleries.

New for 2014 at Frieze is the Frieze Artist Award, which has been established to provide an emerging artist with the opportunity to create a site-specific work at the fair. The winner  of the inaugural award is the French artist Mélanie Matranga.

Matranga will create a series of videos that will be filmed during the construction of the art fair, including a purpose-built café designed by the artist. The three-to-five minute films, which will be broadcast online, will follow a young artistic couple as they negotiate ‘freedom, success and the proper functioning of a couple.’

Also new for this year’s Frieze is the Live programme, presenting performance-based installations. Six galleries will show new works specifically conceived for the fair, as well as restagings of historical pieces. These performances will be presented both at gallery stands and throughout the public spaces at the fair.