Grayson Perry: "In art, seriousness is the most important currency" - a-n The Artists Information Company 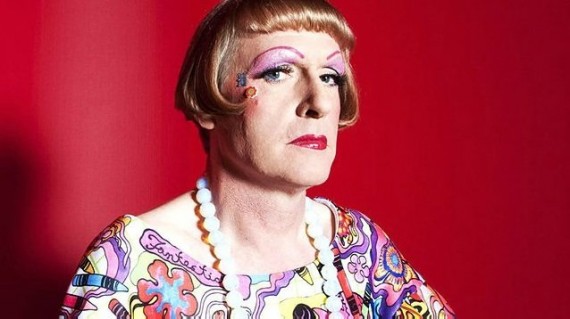 The first of Turner Prize-winning artist Grayson Perry’s Reith Lectures on BBC Radio 4, part of a series four lectures titled Democracy Has Bad Taste, unpicked the process by which reputations are made and careers forged in the art world, with a particular focus on the gatekeepers of the process: curators, critics, collectors and dealers.

Perry struck a witty but strident tone, noting at the beginning that the first lecture was called “Playing to the Gallery, not Sucking up to an Academic Elite.” Recorded at Tate Modern in front of an audience including Tate Director Nicholas Serota, former ICA Director Ekow Eshun and other visual arts professionals, Perry proposed that anyone can enjoy art but that a pursuit of seriousness within contemporary art had erected unnecessary barriers to the public’s engagement with work. “Seriousness is the most important currency” he said.

Perry singled out as an example of this the growth of ‘International Art English’, the term coined by David Levine and Alix Rule to describe the obfuscating language used in many gallery press releases and interpretation texts. Describing it as creating a kind of “metaphysical seasickness” in the reader, Perry said that it made those non-fluent in its ways feel uneducated and unable to understand the art it was describing.

The crux of Perry’s half-hour lecture was the art world’s unique process of validating an artist’s work, which can see a relatively small, interrelated circle determining the success or otherwise of an artist. The ultimate validation, he said, was for a work to be deemed “museum quality”, delivering both kudos and market value.

While talking about the importance of dealers in placing and selling work to the right collectors, and the support of ‘serious’ critics, Perry focused on curators as the most important “givers of Brownie points” to artists. Curators, he said, have a huge impact on the reputation and prices of an artist’s work by the decisions they make, whether working in the public or private sector. Ultimately, though, he said art goes through a “series of juries – it is a collective effort [of validation].”

In a short Q&A at the end of the lecture, questions included what piece of art he would like to own (Breugel’s The Procession to Calvary) and what current art he liked (“I like very little contemporary art,” he said). Having talked at length about who decides what is ‘good’ art, he was also asked if there was any particular group of people he hoped wouldn’t like his work. He replied: “I don’t want the trendies to like me.”

You can listen to the full lecture on the BBC website here.