Hull and the 2017 City of Culture legacy: where do local artists go from here? - a-n The Artists Information Company 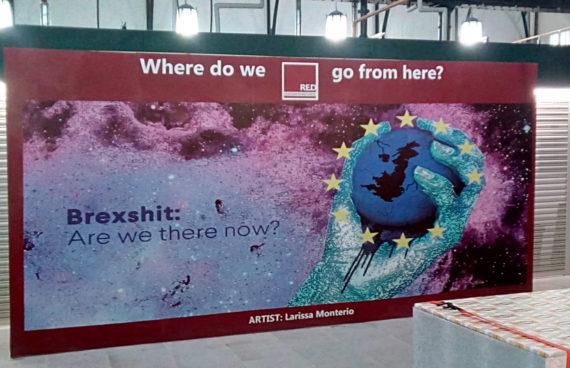 The rebranding of Hull was all but guaranteed during its time as the UK City of Culture. With a budget of £32 million, an imperative from the DCMS and carte blanche from Hull City Council, it also benefited from the massive marketing and PR machine of Hull UK City of Culture 2017 Ltd and the national broadcasting of events by the BBC’s TV, radio, internet and social media platforms. During 2017, the East Yorkshire city was hard to miss.

The feeling that all eyes were on Hull was reinforced near the end of its first year as UK City of Culture (its tenure lasts four years) with the televised announcement of Lubaina Himid’s Turner Prize win, broadcast live from Hull Minster in the final month of 2017. The Turner Prize exhibition at Ferens Art Gallery was widely visited, as have many of the events during the year. An interim impact report published in June 2017 by the University of Hull’s Culture, Place and Policy Institute, indicated that targets for audiences and participation have been massively exceeded. Visitors and residents alike have seen the city through ‘new eyes’.

But what about the artists, the ‘Dark Matter’ of Hull’s art world, who live and work in the city? For most, if not all, of Hull’s visual artists, it has been business as usual, delivering education and access programmes in the city (such as the No Limits  project) or exhibiting and working beyond Hull. There was an early opportunity for amateur and professional artist alike to be part of the City of Culture programme in the perennial Ferens Open exhibition. This was the inaugural exhibition following the Ferens Art Gallery & Museum’s £5.2 million refurbishment, the funding released as a prerequisite of hosting the Turner Prize and in order to provide better access and environment control – part of the 2017 legacy.

During the year, Hull-based groups such as Kingston Art Group (KAG) showcased its members’ work in its Humber Street gallery, as well as hosting ‘The Female Gaze‘ exhibition and the Fountain17 project. Ground Gallery used its venue as a base for wider city centre ventures and for displaying its members’ artworks and attitude. Hack & Host was particularly busy. As well as delivering the a-n bursary-funded debate, ‘Thrash Out: Artists as Political Activists’, the group also created, published and distributed the Hack & Host Post as part of its Turner Prize public engagement programme. The homeless RED Gallery, rebranded RED Contemporary Art (RCA), devised and commissioned a series of REDBoards around the city as part of the Creative Communities programme. Artlink worked with disability groups and individuals to deliver the Square Peg programme. 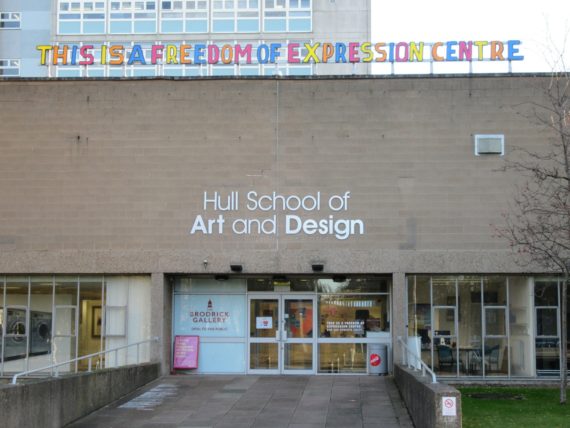 For some businesses in the city’s newly branded Cultural Quarter – home to the City of Culture funded ‘pop up’ Humber Street Gallery – the 2017 celebrations have brought new challenges. While Humber Street was recently presented with The Academy of Urbanism’s UK-wide Great Street award, properties that were previously home to the Museum of Club Culture and Studio Eleven have been demolished to make way for high-value business lets for ‘bohemian businesses’. Studio Eleven is still on Humber Street but has had to relocate to a much smaller neighbouring property: it still offers the only ceramics and craft provision in the area and four affordable artists’ workspaces. However, the Museum of Club Culture was moved entirely out of the area.

Overall, the visual arts in Hull during 2017 were dominated by lens-based practice, either projecting or capturing images. During the opening City of Culture spectacle last January you could have been forgiven for thinking that Hull’s history was merely fishing, the Blitz and Ziggy Stardust. But challenging and complicated art can be popular. A more poignant audio-visual projection took place at the confluence of the city’s two rivers: Arrivals and Departures presented the complex and relevant narrative of Hull’s maritime heritage and the flow of humanity through the city during its history (although the diversity of Hull’s ethnic communities means the full story is still to be told).

During 2017, the Hull School of Art & Design (HSAD) adopted the moniker ‘Freedom of Expression Centre’, given to it by artist Bob & Roberta Smith. Indeed, many HSAD alumni and Hull-born artists were brought back to celebrate the city’s reinvention, such as Brian Griffiths in Artlink’s Square Peg programme; Lee Karen Stow, COUM Transmissions, and Hull Time Based Arts at the Humber Street Gallery; and Chris Dobrowolski’s Washed Up Car-go. While the return of many Hull alumni was a welcome occasion for renewing old acquaintances, it was also a telling indictment of Hull’s pre-2017 attitude towards its indigenous visual artists: one of overlooking, exclusion and under resourcing. (This has been recognised in the city’s Cultural Strategy 2016–2026 document, with the promise of a ‘new generation of cultural management’.)

As a retort to the finale street installation, Where Do We Go From Here?, Humber Street Gallery commissioned four artists’ groups to provide a response to this question. The short lead-in time and small budget meant that the commissions depended on the collective conversations, energy and support inherent in and between the four groups. The question ‘where do we go from here?’ is conventionally another way of asking ‘what should be done next?’, usually because a problem has not been solved in a satisfactory way. Each commission in some way examined the tenuous nature of the visual arts in the city, either from commercial and economic pressure, as presented by photographic images of KAG’s members’ studios, or Larissa Monterio’s REDBoard emphasizing the uncertain  outcomes from Brexit (considering that 68% of Hull residents voted Leave). 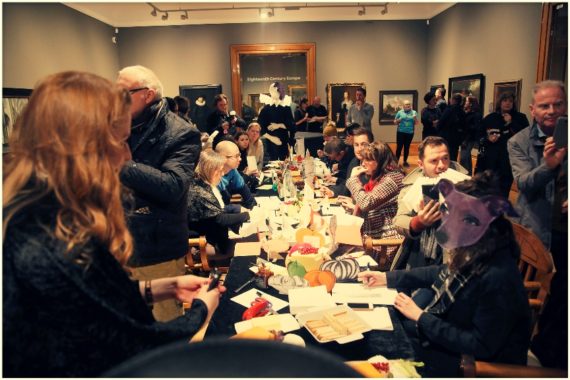 What this year has demonstrated is that there is an appetite and ready audience for visual art in the city but no art market for actually buying contemporary art on a scale necessary to build capacity on its own. Both KAG and Studio Eleven certainly had the expected increase in footfall during 2017, even with all the relocation and building work going on, but not a commensurate increase in sales revenue. City and business leaders at strategic level have had to acknowledge (at last) that the arts can be an economic driver and a cause for change in outlook and well-being in its residents and visitors.

With £250 million to be spent over the next 20 years, the Culture Company will be helping to deliver the city’s Cultural Strategy to ‘improve its cultural and visitor infrastructure’, and ensure that Hull’s tenure as UK City of Culture ‘delivers a lasting legacy for the city’. Importantly, the PR states that it wants to work with ‘the city’s cultural community [and other partners] to ensure Hull continues to grow as a place for artists to live and to work’.

Hull’s Goodwin Development Trust (GDT), one of the intended partners, has inherited the remaining £2.6 million of the Creative People and Places fund to improve the arts offer in the city and engage communities across the city over the next 10 years. Ahead of its Back to Ours programme, GDT is already running a successful two-year business development project for artists and creatives, Creative ENRG, helping artists better their offer and operate as successful professionals.

But artistic development towards high quality and critically engaged artwork –  whether socially engaged or studio based – is also needed, as recognised in the Cultural Strategy. There is an obvious role here for the Humber Street Gallery or another ‘small’ city centre contemporary art gallery. On the matter of potential venues, the Cultural Strategy does state that ‘there is a will to find homes for vibrant cultural ideas, and often the best route to this will be to repurpose existing building stock’. (Although it states the ‘necessity of putting product and programme before venue when looking at spaces for culture’.)

The City of Culture year has proved that, with the right marketing and will, ‘blockbuster’ events and spectacle, Hull can become a cultural tourist destination for global audiences and locals. Longer-term investment plans do sound promising, even with an emphasis on the city’s maritime and building heritage. But, as the Cultural Strategy acknowledges, it is the ‘more critically-engaged work, or work of the highest quality, that is likely to have the biggest impact on the city’s image’. Cities around the UK and world have for a long time recognised the capacity of Hull’s artists. I hope, at last, that Hull has too. If not, it will just be more ‘business as usual’.

Read Paul Collinson’s article from August 2016: Hull 2017: After the spectacle, what will the legacy be for artists in the city?