In Brief: Art made from fire debris raises funds for Glasgow School of Art - a-n The Artists Information Company 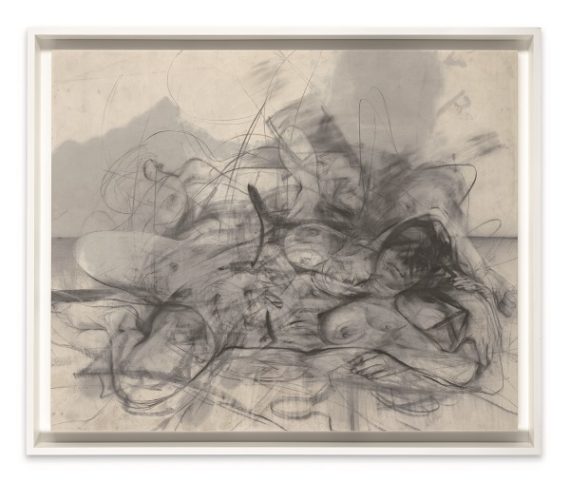 Artworks made from fire-gutted Mackintosh library sell for £700,000 Artists including Tacita Dean, Rachel Whiteread, Antony Gormley, Jenny Saville and Paula Rego agreed to make work which would be auctioned at Christie’s to raise money for the Mackintosh Campus Appeal. So far, the appeal has raised £18.5m towards a target of £32m.

Street artist Plastic Jesus launches nationwide installation in response to President Trump’s revised executive order on immigration Artist and his team of collaborators put up 50 signs at construction sites around the US that read, ‘Lot reserved for: Future Internment Camp.’

US embassy art scheme should survive Trump Works by US artists such as Mark Bradford and the Starn brothers are still likely to adorn embassies around the world despite the Trump administration considering cutting federal funding for the arts, among other spending programmes, in an attempt to reduce domestic spending.

Lost Cubist painting found under later work The daughter of Belgian artist René Guiette chanced upon the concealed composition beneath her father’s art brut picture after taking it to be investigated by the Swiss firm SGS Art Services. She had noticed patches of blue and bright yellow paint on the edges of the picture where paint had been lost.

Jeff Koons plagiarised French photographer for Naked sculpture Court rules American artist copied a 1975 postcard by Jean-François Bauret for his 1988 sculpture of two children. Koons’ limited company, Jeff Koons LLC, and the Pompidou Centre in Paris were ordered to pay the late photographer’s family €40,000 (£35,000), half of which is intended to cover their legal fees.

Queen unveils Iraq and Afghanistan war memorial amid fury at Blair presence As some criticised the fact that many bereaved had not been invited, there was also bitterness over the presence of former prime minister Tony Blair, who made the controversial decision to take the UK into the Iraq war.

Architect of new Dubai landmark sues municipality for copyright infringement Mexican-born architect Fernando Donis has filed a lawsuit against the municipality of Dubai for copyright infringement after it selected him as the winner of an international design competition then proceeded to erect the building he designed without crediting him for his work or involving him in the construction process.

Turkish artist receives two-year prison sentence for painting destruction of Kurdish city Zehra Doğan, a Turkish painter and journalist, had painted the destruction caused by Turkish security forces in the Nusaybin district of Mardin, a city in the Kurdish region of Turkey.