Detroit’s Heidelberg Project to be dismantled by artist Tyree Guyton Installation was created in 1986 as a way to bring people back into a neighborhood blighted by urban decay and crime in the aftermath of the 1967 riot in the city.

A level stats reveal fall in arts uptake A disproportionate decline in the number of students taking arts-based subjects this year could be explained by GCSE trends, the director of the Joint Council for Qualifications has said.

UK Museum Ethics Committee rejects allegations of corruption in BP’s sponsorships Committee dismissed report’s allegations that shared intelligence of anti-oil protests and BP’s influence on museum programming as well as on curatorial decision-making were suspect, describing these practices as “common practice” and “appropriate.”

Two men arrested over attempted theft of Banksy copy Imitation was copy of Banksy piece that had already been taken from Folkestone in Kent and returned after court battle. 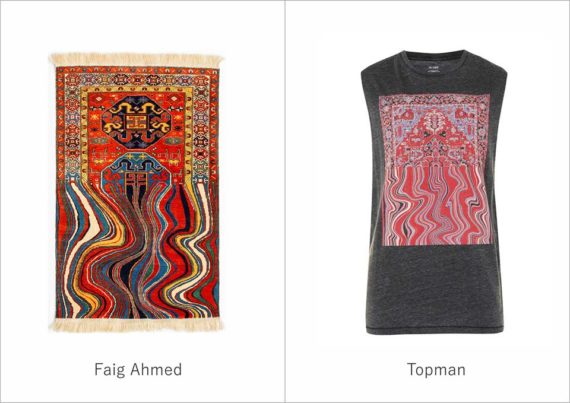 Artist claims Topshop ripped off his designs Azerbaijani artist Faig Ahmed says t-shirt on the company’s website is printed with an image that resembles his signature artworks.

Artist Betsy Davis ends her life under California’s doctor-assisted dying law Before she died, the 41-year-old multimedia and performance artist diagnosed with the neurological disease ALS invited friends and family to a weekend goodbye party.