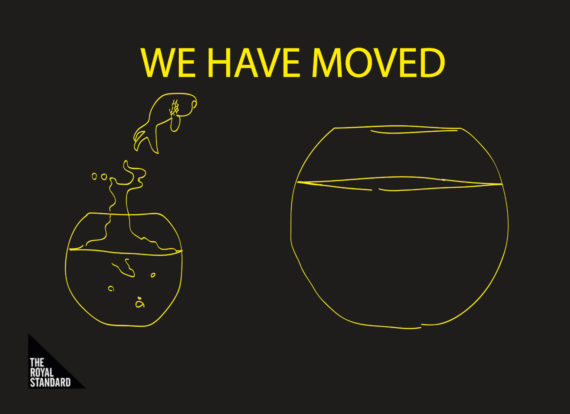 The Royal Standard relocates to Liverpool’s Baltic Triangle The artist-led organisation’s new home is within the Northern Lights project, a building which also houses several other creative ventures, including a restaurant, cafe and a printing company. The Royal Standard has taken on over 1,000 square metres of space in the old Cains Brewery warehouse with the aim to create affordable studios and a gallery. The move will also increase the number of studio members from 40 to 45 artists.

David Hockney to design stained-glass window for the Queen in Westminster Abbey Located in the site’s north transept, which is 1.8 metres wide and six metres high, the window will be known as The Queen’s Window. The 79-year-old British artist, who turned down a knighthood in 1990 before receiving the Order of Merit in 2012, was commissioned after visiting Westminster Abbey this summer.

US photographer Greg Constantine banned from his own exhibition in Myanmar The documentary photographer was on his way to Myanmar (formerly Burma) for the opening of his exhibition ‘Nowhere People’, when he was stopped at Yangon airport and told that he could not enter the country because he was on a ‘blacklist’.

Tate seeks to reshape idea of what an art show can be Next spring, ‘Ten Days Six Nights’ at Tate Modern, London, will include an immersive fog sculpture outside Switch House extension. It is part of the first BMW Tate Live exhibition which will stage participatory art combining installation, performance, film, video, sound, smell and talks.

Artist creates mirrored shields for Standing Rock protesters As protesters and police continue to clash in North Dakota over a $3.7bn oil pipeline, the artist Cannupa Hanska Luger has been distributing mirrored shields he has created to inspire the demonstrators to ‘hold ground and not panic’. He has also made a video (above) to teach others how to build their own.

BHS closure prompts fears over post-war murals The collapse of British Home Stores is threatening the loss of “significant” public art, the Twentieth Century Society has warned. The campaign group says that murals and other artworks at two former branches in Hull and Stockport are worthy of protection, with Hull’s Three Ships mosaic by English muralist and sculptor Alan Boyson dating back to 1963.

Major events planned for 2019 Bauhaus centenary throughout Germany Two new museum openings in Dessau and Weimar – cities where the Bauhaus was once located – plus an opening festival in Berlin and a Grand Tour of Modernism travelling throughout Germany, are scheduled to coincide with the Bauhaus’s centenary.

French president François Hollande prevented from inaugurating Louvre Abu Dhabi Due to diplomatic issues and technical problems surrounding the museum’s construction, its opening may be delayed until November 2017. Hollande will be in the UAE next week for an international conference on protecting global cultural heritage sites.

New York’s art sales realise $1.3 billion despite fears over post-election jitters Major sales of impressionist, modern and contemporary art in New York, the most important focus for the art market in the second half of the year, saw nearly $1.3 billion of art change hands – close to expectations.