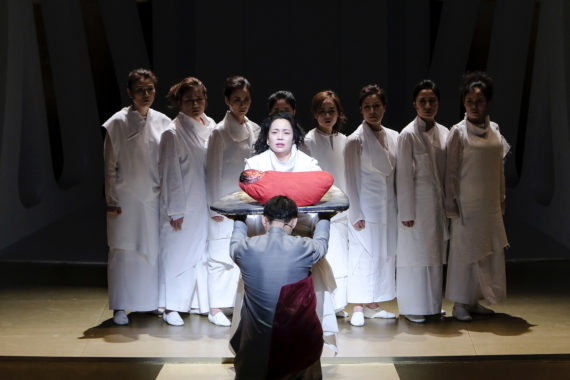 A new £1.4m (2 billion KRW) fund to develop artistic talent and collaboration between artists in England and South Korea has been announced.

The partnership is between Arts Council England and Arts Council Korea and will provide funding for 21 performing and visual arts projects in South Korea and England.

The visual arts projects include an artists’ residency exchange programme for emerging artists based in the UK and Korea. It is being facilitated by the Baltic in Gateshead, which is leading a consortium of English organisations including: Castlefield Gallery, FACT, Grizedale Arts, New Art Exchange, Site Gallery, Spike Island and Wysing Arts Centre.

Liverpool Biennial will collaborate with Busan Biennale, Gwangju Biennale and Mediacity Seoul to develop links between international biennials in England and Korea. Through a series of research trips, professional development staff exchange programmes and artist residencies and commissions, the aim is to create long-term sustainable partnerships.

Other projects to receive funding include Locus+ in Newcastle, which will be facilitating a new work by Douglas Gordon. Comprising a two-screen projection with live performers, the work will use tattooing to trace the border between North and South Korea. It will be shown at venues across the UK, Korea, and USA.

Led by New Art Exchange in Nottingham and Eastside Projects in Birmingham, the Midlands Korea Season will be developing exhibitions, residencies and a public programme of screenings, talks and performances, representing Korean contemporary arts within UK, Korean and global contexts.

ACE’s funding of these England-Korea collaborations is part of its £18m investment in international exchange, partnership and growth. The co-investment will run alongside the UK/Korea 2017–18 season, jointly organised by the British Council and the Ministry of Culture, Sports and Tourism of Korea.

Karen Bradley, the secretary of state for culture, media and sport, said: “This international partnership is a fantastic example of how we can use our world-leading arts and culture to showcase a more global Britain.”

“As well as creating a legacy of continuing creative collaboration, exchange and export between England and Korea, this programme will support the presentation of exceptional artistic work in both countries.”

For the full list of successful applicants visit www.artscouncil.org.uk