INTERNATIONAL: The week ahead in contemporary art - a-n The Artists Information Company 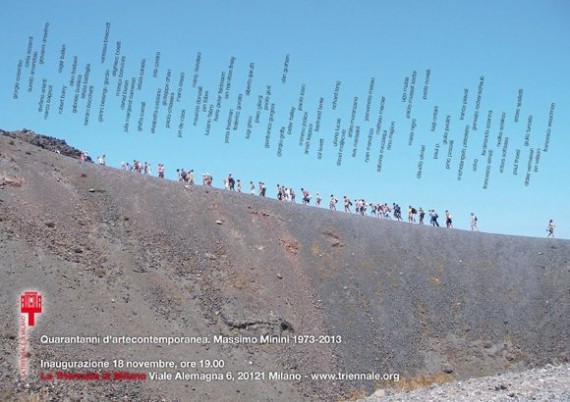 National Museum of Modern and Contemporary Art, Seoul, South Korea
Opened on 13 November 2013, this major new national museum, featuring eight galleries, is billed as a ‘comprehensive museum integrating the past and future in the present’ and a ‘central museum for Korean art in enhancing global diversity’. To mark its opening, it presents five exhibitions that anticipate the vision and direction of the museum and present artworks by around 120 artists working across seven disciplines.
Opening exhibitions until February 2014, www.mmca.go.kr

Fogo Island Dialogues: Culture as Destination, Vienna, Austria
Taking place at MAK (Austrian Museum of Applied Arts / Contemporary Art), The Fogo Island Dialogues are are an initiative of Fogo Island Arts, a contemporary art institution located on Fogo Island, off the coast of Newfoundland, Canada. This series of international and interdisciplinary conferences discusses issues related to the livelihood and renewal of rural locations, and for the second edition considers the realm of the digital as a ‘destination and as a mode of knowledge consumption’.
17–19 November, www.fogoislandarts.ca

Abu Dhabi Art, Abu Dhabi, UAE
The fair’s fifth edition introduces a new artist-led section which aims to put artists at the core of the four-day event through a curated exhibition. The section includes a salon in which visitors can engage with galleries representing the participating artists, in a rotating programme. Also new for this year is a performing arts programme, Durub Al Tawaya, which will create a special route from Saadiyat Cultural District to the city of Abu Dhabi, connected by enactments and cultural happenings.
20–23 November 2013, www.abudhabiartfair.ae