Is anything wrong with the Artist’s Resale Right? - a-n The Artists Information Company 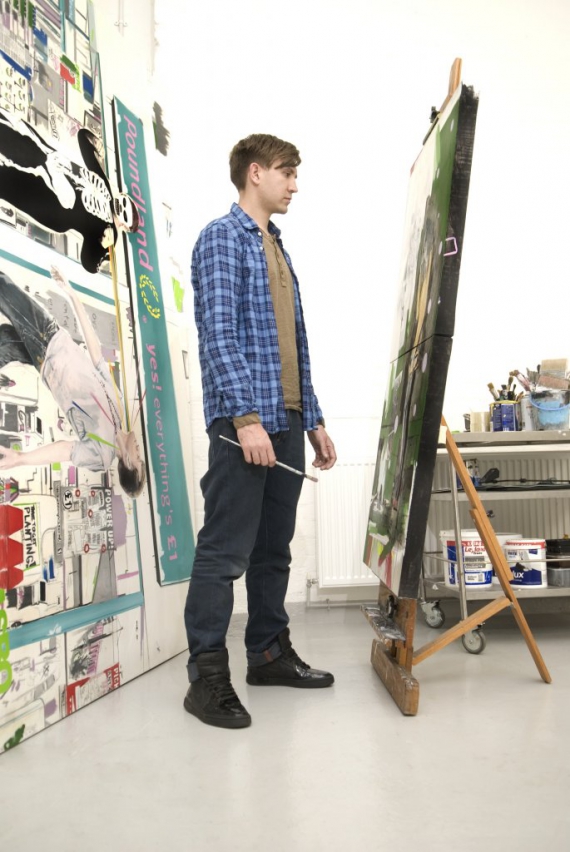 It started in France in the 1920s as a way to provide income for the families of deceased artists. Now, the idea of artists receiving a royalty each time their work is resold by or to an art market professional has prompted a war of words between a section of the UK’s art dealers and the Design and Copyright Society (DACS), the body responsible for collecting the artists’ share.

As is so often the case, at the heart of the matter is money. The current threshold for the Artist’s Resale Right (ARR) in the UK, introduced in 2006 following a 2001 EU Directive, stands at €1,000. But a campaign led by art dealer Niall Fairhead of London-based Fairhead Fine Art Limited wants it raised to €3,000, the maximum level allowed by the Directive.

Explaining his position to the Antiques Trade Gazette, Fairhead was unequivocal in his opposition: “All our livelihoods are at stake. The campaign will be continuing until such time as every stone has been turned to achieve our objective in raising the threshold. Once this has been done our energies will be directed towards the EU review in 2014 when the extent of loss of art business to the Economic Union is being archived. At that time we will, as a group, be seeking to have the Directive reversed.”

Baroness Wilcox, Parliamentary Under Secretary of State for Business, Innovation and Skills, has responded to the campaign by stating that “the Government does not believe the case has yet been made for an adjustment of the threshold”. The debate, however, continues to rage and DACS has launched its own counter-campaign, arguing that the level should stay at €1,000.

Tania Spriggens, director of communications at DACS, said: “We want to ensure that the Government are hearing the voice of artists as well as the voice of art dealers in what has consistently been a very passionate debate. There is no need to review the €1,000 threshold and we’re keen to give them more reason to avoid re-opening this issue.”

Since its inception in France nearly 100 years ago, different forms of the Resale Right have been introduced across Europe. By the time the ARR Directive was passed in 2001, only four countries in the EU didn’t already have some kind of Resale Right in place: the UK, Netherlands, Austria and Ireland. The European Commission shifted the emphasis in order to benefit younger, emerging artists, and mechanisms such as tiered royalty rates, which decrease as the value of the work increases, were created.

When the ARR was finally implemented in the UK in 2006, it was for living artists only; it wasn’t until 1 January 2012 that the families and beneficiaries of deceased artists were finally entitled to benefit. Fairhead’s campaign takes particular issue with this extension of the right.

In his petition, Fairhead states: “Living artists embarking on their careers and wanting to promote their art can usually only do so with the help of experienced art dealers. Far from helping struggling new artists, the lion’s share of the royalties [from the extended ARR] will be paid to the heirs of deceased artists, such as the Picasso estate, which are already financially well-off.”

Fairhead’s conclusion is that the additional bureaucracy (and cost to dealers) caused by the ARR will drive the art market to areas where there is currently no such Right, for example California in the US and China. Research carried out by the European Commission and the UK government challenges this assertion, stating there is no evidence the ARR is damaging the UK art market, or driving sales overseas. In fact, Artprice.com reports that in 2010-11 the UK auction market grew by 24%.

Many early-career artists would take issue with Fairfield’s view that an art dealer is required to promote their work, and it is precisely these artists who would lose out the most if the threshold was raised to €3,000. Currently, when a work is re-sold for a price above €1,000, 4% of this sum goes back to the artist who made the work. For a piece sold for €1,000, the artist (or their estate) receives €34 (after the 15% DACS commission). The maximum royalty an artist can receive for a single piece of work is capped at €12,500, which equates to a resale value of €2million or above, due to the tiered nature of the royalty.

Artist and AIR council Chair Sally Sheinman, has expressed AIR’s support of the current ARR threshold. She said: “As individuals, visual artists are often invisible. Their work fills galleries, museums, institutions, business, homes and magazines worldwide, but only a few are financially successful. The Resale Right puts money in the pockets of artists at all levels of their careers, but the current threshold is particularly valuable to emerging artists.”

Stuart Semple is another artist who has publicly backed the DACS campaign. He said: “The art world should be trying to support and nurture subsequent generations of talent. It’s an investment in everyone’s future and to deprive artists of what is averaging out at about £32 a payment is in my opinion immoral and unjust. A sum like that may seem insignificant but in the hands of an emerging artist, photographer or illustrator, it’s the difference between a piece of work being realized or not, so it is hugely valued.”

DACS provides an online database of 80,000 artists, helping art market professionals determine where a royalty is due. They also provide pre-sale checks for auction houses so that they can determine whether a sale is likely to attract a resale royalty prior to the auction. DACS claims that over 2,300 artists have now benefitted from this process and it has paid artists more than £15 million in resale royalties. Of the artists that have received royalties since 2006, 41% did so because the threshold is set at €1,000 rather than €3,000.

DACS are calling for artists to make their views known to the Culture Secretary, Jeremy Hunt, via Twitter (@Jeremy_Hunt) and using the hashtag #ResaleRight. They also want artists to contact their local MP to back the ARR. Rhondda MP Chris Bryant, a long-standing supporter of the ARR, has already backed the DACS campaign, stating that: “Without artists there would be no art market.” In a debate with strongly opposed views, that’s one fact neither side is likely to dispute.

‘Damage to small businesses from the ARR’: The Petition

General points about ARR made by Dealers, Galleries, collectors and artists: olympiafineartandantiquesblog.wordpress.com