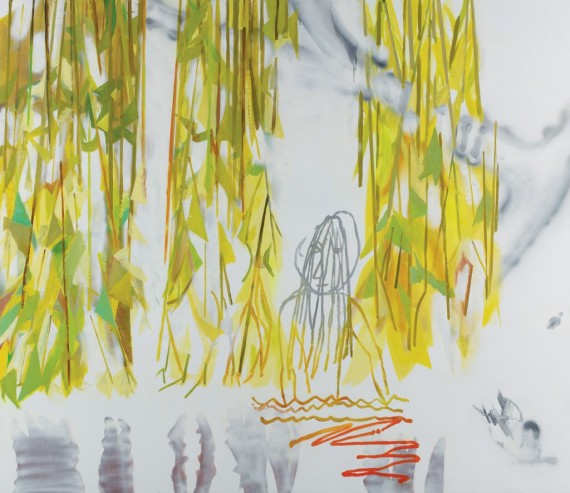 Sarah Pickstone has been awarded the £25,000 John Moores Painting Prize for her work Stevie Smith and the Willow. The prize was announced by patron Sir Peter Blake during a press reception at Liverpool’s Walker Art Gallery earlier today.

Stevie Smith and the Willow is a haunting scene inspired by Smith’s drawing to accompany her 1957 poem, Not Waving But Drowning. A previous prize winner at John Moores 23 in 2004, Pickstone has been making work over the past three years with reference to writers who happened to pass through London’s Regent’s Park, a place, she says “where the public and the private, the external and the psychological worlds, come together.”

Speaking to a-n News Editor Chris Sharratt, Pickstone said “I am completely and utterly surprised [to win] and it feels really good. But it felt really good to be shortlisted and I’m so proud because the shortlist was great and the whole show is really good too. I always came here as a kid to see the John Moores, I came with school from Manchester, so I can’t believe I’m here now [as the winner].”