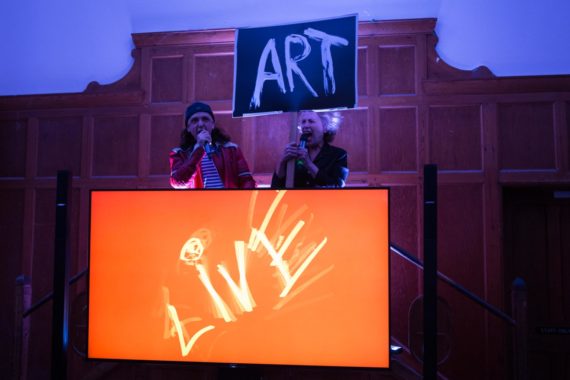 Known for supporting challenging, radical art practices that sit outside of the mainstream, the recent relocation of the Live Art Development Agency heralds a significant new chapter for the organisation.

“Originally, we were just looking for a space, but during the course of the conversations we realised that, actually, we were looking for collaborators and a context,” says LADA’s co-founder and director Lois Keidan on the recent move to The Garrett Centre, a former Unitarian mission in Bethnal Green, London.

As well as its home for the next ten years, LADA will be using its position as a centre for live art to develop The Garrett Centre’s remit as a community-focused hub for social action. The centre itself is also home to Simple Gifts, a volunteer-run programme which provides lunches for isolated older people, after-school clubs for children and English language classes.

Keidan says the new building nearly doubles the space of its previous home, and this increased capacity will accommodate an expanded events programme, a physical iteration of its previously online shop, Unbound, and a subsidised-desk scheme for six artists and producers. At the heart of the space is LADA’s open access Study Room, an ever-growing repository of publications, DVDs and videos devoted to live art practices. 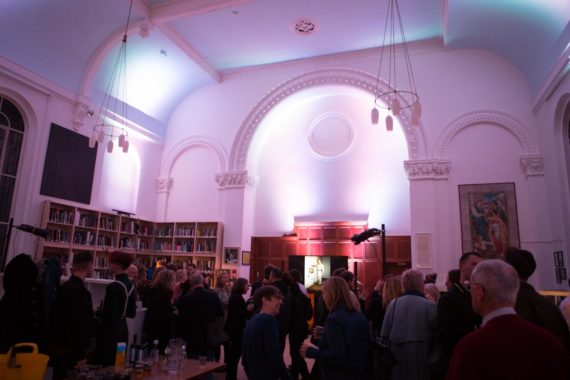 To mark the move, LADA has announced call outs for two artist commissions, which will take place between January and July 2018. Both aim to develop different strands of the organisation’s work.

The Library of Performing Rights commission invites artists to make a performative piece in response to a collection that explores the intersection between performance and human rights. It was co-developed last year in collaboration with performance artist Lois Weaver and Queen Mary University, London. The Garrett Centre Commission meanwhile, is seeking ideas for projects that will test ways in which LADA can engage with its new neighbourhood. For each commission, one project will be supported with a £2,500 grant.

LADA’s aspiration is that both commissions will happen on an annual basis, building up a new set of practices that will enrich the organisation, its collaborations and the wider live art community.

Since it began in 1999, LADA – vulnerable to rising rents and increased pressure on real estate – has relocated a number of times across the East End. “It’s partly to do with the crisis of cultural spaces in London”, explains Keidan. “The other issue is that small organisations like us don’t have our own buildings.”

When it became apparent that their previous base at The White Building in Hackney Wick – currently managed by SPACE – may not be a tenable long-term option, the organisation began the hunt for a new home.

It was through a serendipitous connection with Claire MacDonald, artist, researcher and Unitarian Minister, that LADA learnt about the Garrett Centre, and began to discover the parallels between them and the Unitarians. “We’re about as secular as they come,” concedes Keidan, “but actually there are huge connections between the Unitarians and us.” 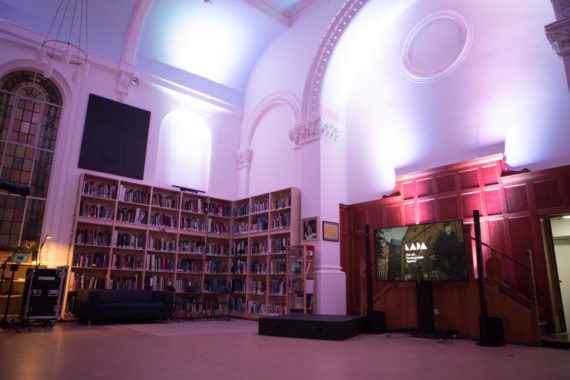 Unitarianism, generally understood to have its roots in Christianity but inclusive to all faiths, is characterised by its tolerance and liberalism. Unitarians have been performing same-sex marriage blessings for over 30 years, and have had female ministers for more than a hundred years.

Explains Keidan: “In a way, we do similar things but in very different ways. Ultimately, LADA are all about supporting underrepresented artists, practices and histories, looking at the dispossessed and the disempowered. And the Unitarians are really pioneering in terms of feminism, social justice and gay rights.”

“There are really interesting new alliances happening everywhere in the cultural and social spheres, just to deal with the crisis of the times,” she adds.

With collaboration and research at LADA’s core, the organisation is seeking to involve others in its relocation to ensure a thoughtful approach, informed by the local context. “We didn’t want to move into a neighbourhood and start doing stuff straight away,” says Keidan. “We wanted to tread gently and really look at what our role here could be.”

As part of its move to The Garrett Centre, LADA has also created two ‘thinkers in residence’, Claire MacDonald and Hester Chillingworth. Keidan explains that Chillingworth is looking at young people and live art, particularly in terms of gender and gender fluidity; MacDonald’s role is to help the organisation think through the process of moving into a new area and to do “some work around the idea of hosting”.

“The area’s very residential, there are other arts organisations and independent galleries close by, and there’s a care home next door but one,” says Keidan. Her commitment to the area is clear. “We want to have relationships with everybody, be friends with everybody, and then see who we can be most useful to.”