Liverpool Biennial: Big, ambitious and of the city - a-n The Artists Information Company 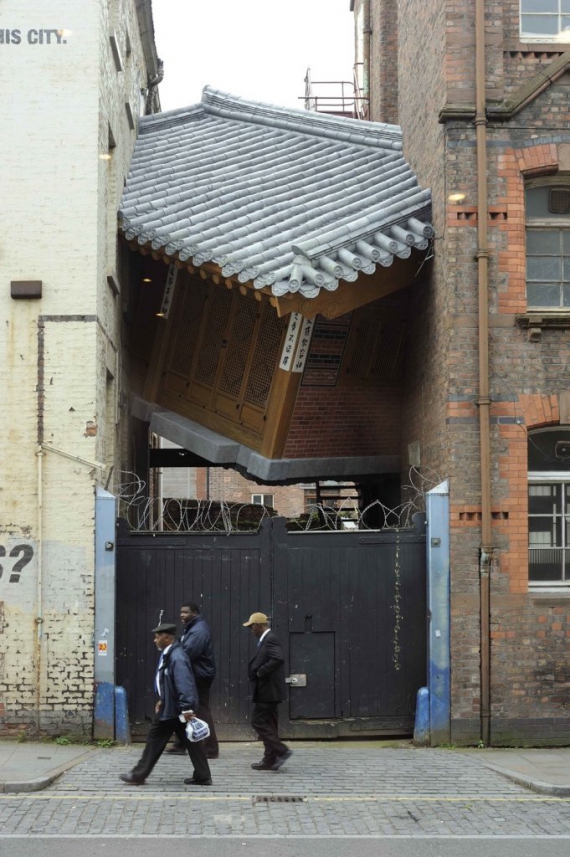 The first Liverpool Biennial in 1999 had a huge impact on the city. It created an explosion of installations in different crevices of the city and an utterly different type of art in its galleries. With 61 artists from 24 countries, it was a hugely exciting event – the sheer size and variety of it had, in art terms, genuine shock and awe value.

Complemented by the John Moores Painting Prize at the Walker Art Gallery and the New Contemporaries survey show of graduate work, from that first edition – which in retrospect can be seen as relatively modest – the Biennial has established itself as the dominant biennial of contemporary art in the UK.

Now, Liverpool Biennial is the biggest art biennial in the UK in terms of ambition, production, funding resources and organisational capacity, with proven longevity over seven editions and 13 years. It was an important part of the bid that won the European Capital of Culture 2008 title for Liverpool and nearly half a million people visited it in 2010. Crucially, it has maintained consistency of scale, production values and quality across all its editions. As a result, it has continued support from Arts Council England, amongst other key funders.

Liverpool has long had a decent visual arts infrastructure, and the Biennial was born out of this. Founded by the Littlewoods millionaire James Moores in 1998, collaborative partnership with the city’s visual arts peer organisations has been built in as an enduring principle, long before such collaboration was an essential part of the political zeitgeist. FACT, the Bluecoat, Open Eye Gallery and Tate Liverpool have been curatorial partners since the second edition in 2002, with consequent beneficial effects for each organisation.

“The collaboration and partnership raises awareness of individual programmes but also strengthens our very existence,” says Karen Newman, curator of Open Eye Gallery and formerly a curator at FACT. “Having that visibility and prominence as part of the Biennial programme, as well as the volume of visitors, is very important.”

The first Biennial followed a common model of hiring in an international ‘star’ curator – Australian Antony Bond in this case – and shipping existing works from international artists into the city, then shipping them out again when the show was over. But in evaluating, the Biennial board decided that this did little to develop the curatorial expertise already in the city, or the arts infrastructure.

Bryan Biggs, artistic director of the Bluecoat and a Biennial board member for ten years, explains: “We felt it was perhaps a tired model for a biennial, that you can buy in a star curator, as actually that could be any city, anywhere, and the artists would probably be the same, making similar work but in different places. So we thought, how can we make a biennial that is about this place, that is unique to here, that engages with its history, its infrastructure, its audiences?”

It was at that point that the sustainable model the Biennial has today began to take shape. In 2000, Lewis Biggs, who was on the board of the first Biennial, resigned his post as director of Tate Liverpool to become Liverpool Biennial’s first director, a position he held until 2011. He immediately made two decisions that shaped the Biennial for the next five editions.

First, that as many artworks as possible would be new commissions and that it would be better to have fewer but more “engaged” artworks. Second, that, as he describes, “the exhibition would go out to meet its audience rather than expecting the audience to come indoors at the gallery or museum”. Therefore, a significant number of artworks would be “on the street” and in the public realm.

That engagement with the city – ‘engaging art, people, place’ is the Biennial’s strapline – makes the Liverpool Biennial distinctive in the context of the international family of biennials.

“Since 1999, the Biennial has commissioned over 200 new artworks, which is a brilliant thing for artists and the city,” Karen Newman points out. “One of the key strengths has been in putting public art on the street so that it becomes part of people’s everyday experience. It’s shifted the residents’ perception of art, in a good way.”

Sara-Jayne Parsons, exhibitions curator at the Bluecoat, agrees. Now on her third Biennial, she emphasises its celebratory nature. “We – the population – look at the city again, we look at it afresh. It’s never the same thing in the same spot, it’s always changing. It really makes you pay attention to your surroundings. It makes you aware of the city as a social and political space, you get a psychological picture of the city.”

The Biennial is both curatorial opportunity and exciting challenge to her. “You absolutely do have to raise your game for your Biennial show, whether that is about fundraising, marketing or the ambition of the show,” she says. “It’s our opportunity to work on a more ambitious, more international scale, with the increase in profile and visitors that gives us. But we’re quite careful to balance that with what we do the rest of the time. For the Bluecoat, the Biennial show is often a torchbearer. It’s a way for us to say to a bigger audience we’re doing this all year round.”

Newman adds: “It’s an opportunity to think curatorially beyond your organisation’s remit. [Open Eye] is a small organisation, but it enables us to do something different and bigger, and connect with other organisations’ programmes.”

Since 2005, the Biennial has engaged in several major public realm projects outside the festival dates. These have included Antony Gormley’s ‘Another Place’ on Crosby Beach, the acclaimed ‘Turning the Place Over’ by Richard Wilson, and managing the installation of ‘Dream’ by Jaume Plensa in St Helens. But it has also taken a lead on other, less high-profile work, such as The Canal Project, a community engagement initiative in which 2,000 people participated. It is currently one of the key partners in the regeneration of Everton Park.

Mark Kitts, Liverpool City Council’s deputy director of regeneration, considers its involvement to be crucial: “We invited the Biennial because it had a track record of delivering novel regeneration projects in collaboration with the city council and its partners, and we felt it would have a role to play.” These types of projects have generated profile and credibility for the Biennial amongst people with an influential civic role outside the cultural sector.

The theme of the 2010 Biennial, ‘Touched’, was fuelled by Lewis Biggs’ anger at the people responsible for the financial practices that had brought the economy to its knees, and left the arts facing drastic cuts in funding. Since then, the cuts have been realised and the political and economic landscape transformed.

The 2012 edition of the Liverpool Biennial opens in a dramatically different climate, with a new director, half its previous budget, and in an era where recognition of the value of the arts to civic society cannot be taken for granted. But in some respects, Liverpool is its own cultural micro-climate due to the impact of its 2008 European Capital of Culture year. Liverpool City Council is one of the few local authorities that has protected its spending on the arts under a new Labour administration.

Councillor Wendy Simon, cabinet member for Culture and Tourism, explains its policy: “The chief executive, the leader of the council and the cabinet fully understand the arts agenda. We’ve used it in virtually every portfolio we’ve got, be it regeneration, in community safety, in looking at how we’ve joint funded projects, in education, in health. I think the argument has been won.”

Despite the council being required to make £140m of cuts, it has backed this rhetoric with cash, keeping cuts to their revenue funding of the arts to 10% spread over three years. The sector response has been pragmatic, recognising that the cuts could have been considerably more severe.

“Liverpool has continued to support the arts and that was a great relief to us,” says Bryan Biggs. “It’s economics, it’s proven now. Impacts 08 [university research into the impact of the 2008 year], and other studies, have shown the amount of money culture generates in terms of jobs and earned income from tourism. I think the council has recognised that the Biennial is the most significant international brand it’s got in terms of cultural events.”

Refreshingly, Councillor Simon agrees: “Certainly, the arts and cultural sector are one of the main economic drivers of the city. For each pound spent on culture as a city, because of the increase in the take-up in tourism, we generally get £12 back.”

This is encouraging evidence that despite unprecedented financial pressures, the arts can be recognised at city-region level as having a crucial contribution to make in a variety of spheres. But the situation is still “fragile”, says Bryan Biggs.

Since November 2011, Sally Tallant, previously chief curator at the Serpentine Gallery, has been the artistic director and chief executive of Liverpool Biennial. She is quite clear about her mission.

“My job is to build a world-class project here in Liverpool that is the UK’s biennial of international contemporary art,” she says. “I want to show the very best of what is happening in the world.”

Tallant has largely inherited the format and content of this 2012 edition, but has made some changes that give an indication of how she will take it forward. Key has been increasing the range of collaborations and partnerships, and the inclusion of UK-based artists within the flagship International exhibition.

“For me, what art does in the world is a bigger question than what its value is as visual arts,” says Tallant. “That is a question around urbanism, contemporary practice, architecture, how we build cities, what’s appropriate in terms of what’s necessary, and what kind of questions do we need to ask to understand the relevance of the arts.”

It will be fascinating to experience and think about some of her answers to these questions now and in 2014. Despite the success of the 2008 year, Liverpool still has complex social and economic issues that need addressing, and no simple solutions about how to do so. The debate continues, and Liverpool’s art institutions are making vital intellectual, aesthetic and practical contributions to it.