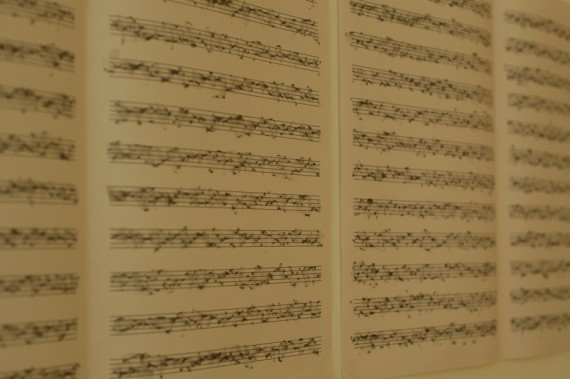 The winner of the 2015/16 Aspex Gallery EMERGENCY open competition has been announced as Maya Ramsay. Known for her work with historical and politically important sites, Ramsay’s winning piece is Jimi Hendrix: Wall of Sound – a series of graphite wall rubbings, on blank manuscript paper, of the woodchip wallpaper in the musician’s former London home at 23 Brook Street, Mayfair.

Launched in 2003, the biennial open competition is a key element of the Portsmouth gallery’s programme, providing early-career artists with an opportunity to bring their work to wider attention.

Commenting on her award, Ramsay said: “I am delighted to be the winner of EMERGENCY 2015/16 and look forward to following in the footsteps of the internationally-acclaimed artists who have been supported by Aspex during the early stages of their careers.”

Joanne Bushnell, director of Aspex, added: “Maya’s approach to exploring the history and nature of spaces is incredibly interesting and we are excited to see what she might do next, and help her to achieve her ambitions. We’re thrilled to be working with Maya on the development of her solo project for presentation in spring 2017.”

Buy art at Christmas: 10 gift ideas including Fluxus films, a brilliant badge and an umbrella with attitude