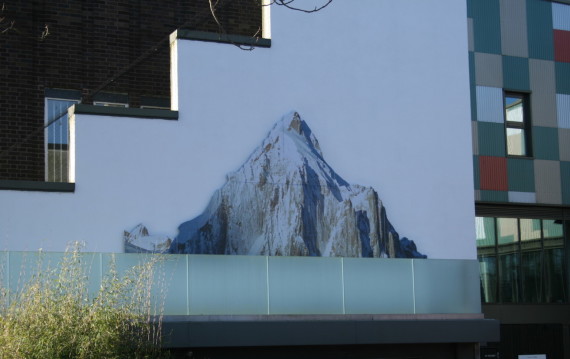 For fine artists, graduation is a precarious moment in which you begin anew. It is a point where you need to have your expectations raised before they are invariably dashed again as post-student reality sets in. New Art West Midlands offers an opportunity for recent regional graduates to exhibit their work in the context of their peers and within the arts ecology of the West Midlands.

Developed by Turning Point West Midlands (with Arts Council England support), in partnership with museums and galleries across the region, selected graduates from five participating universities test their work at a crucial stage in its development.

The selection panel of New Art West Midlands 2016 is artists Sonia Boyce and John Stezaker, and Katherine Stout, head of programme, ICA London. They have chosen works by 43 graduates for a multi-site exhibition which has just opened at Birmingham Museum & Art Gallery and mac Birmingham, to be joined by The Herbert Art Gallery & Museum, Coventry (from 26 February) and Wolverhampton Art Gallery (from 12 March). 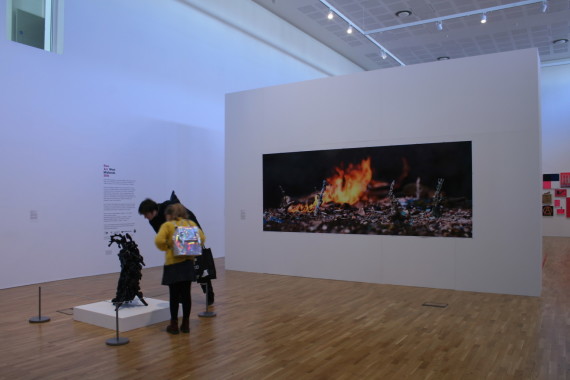 A core strength of New Art West Midlands is its focus on enriching partnerships between the university art schools it draws from – Birmingham City, Coventry, Staffordshire, Wolverhampton and Worcester – and the galleries selected to exhibit graduates’ work. The curation of the exhibition initiates conversations and new networks, both vital elements in the development of future work.

The exhibition itself provides a platform that is open and engaging. Now in its fourth year, the 2016 edition features works across a spectrum of media that focus on the global destabilization of ecology, overconsumption, capitalist-driven excess, the post-industrial city, archetypes and identities.

At mac Birmingham you are greeted by a snow-capped mountain, a cutout billboard placed on the side of the venue. Unsure of what it is, you nevertheless feel that you recognize it – the work, by Jessica Thornton, is a digital duplication of a landscape. This site-specific engagement is a key strength at mac, and flows throughout the gallery as works are placed in the path of the passerby.

In the main gallery, Luke Pickering’s Anthropocene presents a cinematic enlargement of a burning dystopian model landscape, sharing space with Eleisha Gordon’s Afro Politics, a video work that captures the dexterity in the detangling and unravelling of afro-textured hair. 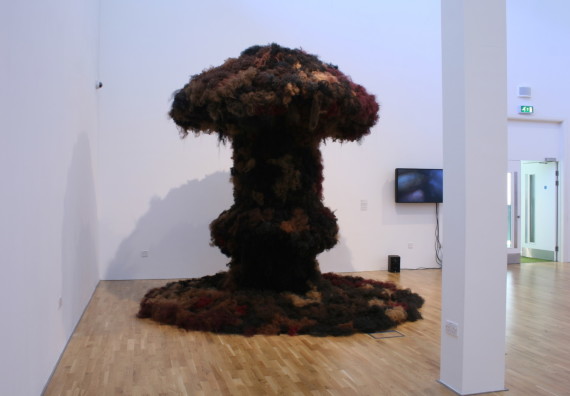 Placed next to it is a monumental sculptural mushroom cloud made by Gordon from hair weaves collected from barber shops. It hangs over the viewer disrupting assumptions of natural hair, political identities and the role of the afro.

This disintegration is echoed in a series of paintings by Lucy Andrews, in which a body floats out to sea. In the corner of the gallery in a narrowing pink corridor, Jack Marder’s glossily abject video work is framed, a paean to the disruption of brand power through gluttony and waste, while Theo Ellison’s Heavy Lies the Crown presents a pristine B&W photographic portrait of Queen Elizabeth ll which has something rather uncanny about the eyes.

Present throughout the exhibition at Birmingham Museum’s Waterhall Gallery is the spectacle of the dismantling and destruction of John Madin’s Brutalist Central Library building, currently taking place round the corner from the gallery. 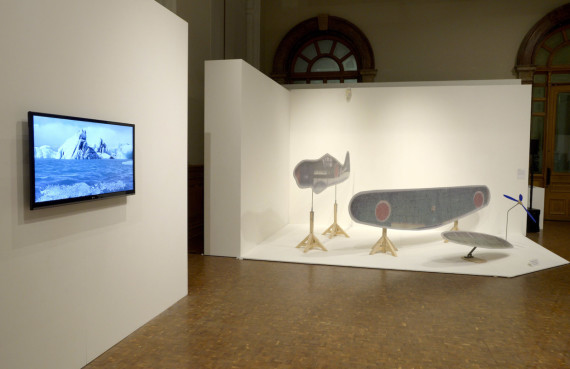 This situation of flux is explored in a series of photographs by Ally Standing that psycho-geographically document the shift in the city’s aesthetic ideals. The sense of the social potential of the city’s dead post-industrial spaces is echoed in the digital video La Communaute by Sister (Harry Carron and Chris Jackson), through an ambiguous call and response that echoes across time and space.

Working with news footage interspersed with family films and cartoons, Kiriaki Hajiloizis’s video, Switching on Invader Network, is a collaged visual poem on the Turkish invasion of Cyprus in 1974, a restless assemblage that stutters, clicks, jumps and seizes your attention.

The main gallery is filled with the sound of battering wind in Jakki Carey’s video, Ís, a work that captures the destruction of an Icelandic glacier in a landscape that is improbable and still blackened and scarred by the country’s volcanic eruptions of April 2010. 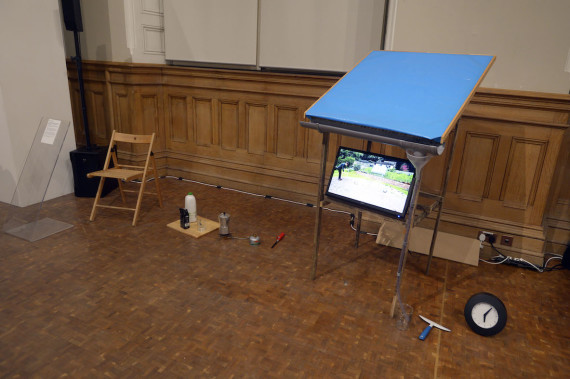 Also present is birdsong from Fred Hubble’s installation in which the sound of the dawn chorus can be heard as he harvests dew to make coffee – an attempt to capture the ephemerality of the morning.

New Art West Midlands 2016 displays a breadth of ambition and approaches that is a cause for celebration. With exhibitions in Coventry and Wolverhampton still to open, the innovation and dynamism present across fine art courses in the region is evident.

Cathy Wade is an artist and writer based in Birmingham working through collaborative practice. She is the current Wheatley Fellow at Birmingham City University

Cathy Wade is an interdisciplinary artist who manifests work through collaboration, writing and publication. Her work is disseminated online and through material objects in formal and informal networks. Recent projects include the publication “As We Alter It” and the Birmingham City University Wheatley Fellowship (2016). Publications include Delineator (2014) and After Carl (2014). She is currently the Course Leader for MA Arts in Education Practices at BCU.