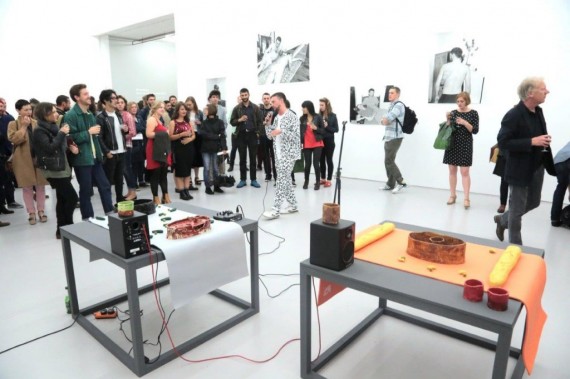 Bloomberg New Contemporaries 2014 has launched this year’s open call by announcing a high profile selection panel featuring a Turner Prize winner and three former nominees. The announcement also marks the launch of the organisation’s 65th anniversary celebrations and the start of Kirsty Ogg’s tenure as Director.

Simon Starling, who won the Turner Prize in 2005 for his solo exhibitions at The Modern Institute, Glasgow, and the Fundació Joan Miró, Barcelona, is joined on the panel by former Turner Prize nominees Marvin Gaye Chetwynd (also known as Spartacus), Goshka Macuga and Enrico David. Both Starling and Chetwynd have also been participants in the previous New Contemporaries exhibitions, Starling in 1993 and Chetwynd (then known as Lali) in 2004.

Bloomberg New Contemporaries supports emergent art practice from UK art schools, primarily by means of its annual, nationally touring exhibition which provides a critical platform for final-year undergraduates, postgraduates and artists one year out of postgraduate study. The exhibition received over 1,400 applications in 2013. In 2014 it will form part of Liverpool Biennial, which opens in its new summer slot on 5 July, while the 65th anniversary celebrations will be marked with a series of special events and the launch of new initiatives throughout the year.

Speaking about the panel announcement, Kirsty Ogg said: “New Contemporaries has consistently provided a critical platform for early-stage artists, playing a central role in providing many with their first high-profile show, and a launch pad for their careers. We are delighted to work with Marvin Gaye Chetwynd, Enrico David, Goshka Macuga and Simon Starling, all of whom have shaped the cultural landscape since graduating from UK art schools.”

For more on the submissions process for Bloomberg New Contemporaries 2014, see www.newcontemporaries.org.uk/

The 2013 exhibition can be seen at ICA, London until 26 January.