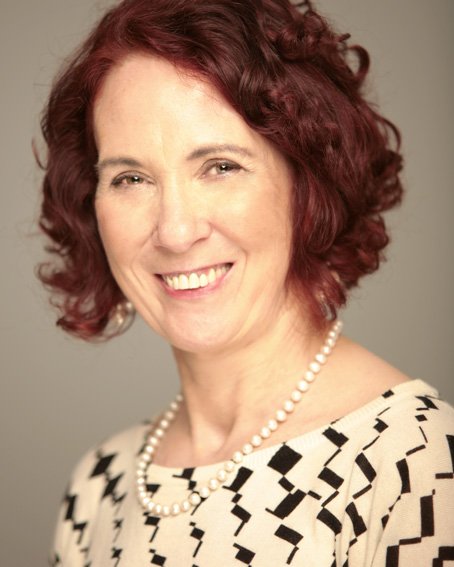 Along with the art fair, the conference is a highlight on our cultural year planner. The best examples offer a time to reflect and be inspired, a space for pedagogical socialising and redefining or clarifying our cultural landscape. Consultant and No Boundaries speaker Anne Bonnar reflects that conferences are important rituals where the arts community comes together to worship our high priests, priestesses and prophets; to learn new codes and update our hegemonic system.

For some, however, the experience of being ‘preached at’ for two days is less than epiphanous. Matt Boswell (University of Leeds), who attended No Boundaries in York (the conference was also hosted in Bristol), described it as a “top-down event” and “found the lack of time for audience response frustrating”. Others fully utilised Twitter to make their voices heard, even using the platform to cyber-heckle when Abigail Posner (Google) went wildly off-message with a presentation that dressed hard sell with human subjects of synaptic play and “gifting happiness”.

The publicity for No Boundaries appropriated Dickens’ “It was the best of times, it was the worst of times…” preamble to his epic tale of revolution, insinuating the organisers’ ambition for the conference: to investigate how the cultural map is being redrawn through “new behaviours, new technologies, new models of funding and new local, national and global thinking”. Bold discursive proclamations such as this are not always met by corresponding rigour in the content. So did No Boundaries characterise an age of wisdom, or an age of foolishness?

The two days were structured around five provocations devised to prompt responses to the cultural remapping process. Across the two sites, around 400 delegates listened to an impressive line-up of over 30 speakers which, as @Agent_Ivan commented, was mercifully not comprised of the usual suspects. Some key concerns emerged about how we might navigate a changing cultural landscape – two notable themes were diversity, and trust in audiences. In her reflections, Jo Verrent (Unlimited) observed that the matter of diversity ran through the conference “like words through a stick of rock”.

Nii Sackey (Bigga Fish) tabled the subject of diversity by arguing that our cultural output is simply lacking, and what little diversity we have is collapsing. His solution is to become comfortable with being uncomfortable, to resist the urge to gravitate towards what we know by embracing what we don’t know. There was also an emphasis placed on children and women (the eighth speaker was greeted with @Geraldinecoll’s tweet: “Only our second white male speaking ­– hurrah #nb2014”). Seventeen-year-old Sophie Cotterill impressed both delegates and fellow speakers alike with her erudition and understanding of best practice in how (and how not) to engage online audiences. And Southbank artistic director Jude Kelly’s plea for better and permanent engagement of children by the sector was sobering.

At many cultural conferences, the trademark elephant in the room is the absence of artists, and by extension their collective voice. I was encouraged to learn that the pricing structure for No Boundaries delegate passes was weighted considerably in favour of individual practitioners (an artist could attend for £60, compared to prices in excess of £200 for representatives of certain NPOs and commercial organisations). And for artists whose budget couldn’t meet this rate there were a handful of complementary delegate passes released in response to feedback to the organisers. But was this enough to eradicate the elephant?

Some presentations such as Kelly’s were predicated on an exclusively organisational perspective of this cultural remapping, while others dealt with aspects that practitioners could equally relate to. Occasionally, speakers advocated specifically for individual artists, such as Vikki Heywood (RSA) who declared ambitiously (but perhaps futilely) that artists need to engage more and be represented on boards to ensure their value is recognised, and increase understanding of how artistic contribution enriches our society.

David Lockwood (Bike Shed Theatre) brought the focus round firmly to practitioner-led challenges and the “emerging world outside the NPO”. During his presentation he twice touched on the matter of funding, which was promptly followed with an apologetic codicil. Evidently some subjects were off-topic, echoing the self-proclamation that No Boundaries was about “doing not funding”. This omission left a handful of delegates frustrated, including @BryonyKimmings who tweeted: “there should have been a talk about money and the problems we all face”.

While it may be true that the long-term financial security of cultural organisations can liberate these arenas from the pressing issue of funding, it doesn’t liberate their responsibility to advocate for a better-resourced sector. Ruth Mackenzie (Holland Festival) emphasised that we shouldn’t accept the line that there isn’t enough money for the arts, and cited the example of countries and cities that support the arts in the most remarkable way, even in times of dire hardship. And looking at alternative business models, Nicholas Lovell presented a summary of his book, The Curve, which proposes a new way of valuing our work by enabling our customers or audiences to set the value based on their ability, preparedness and propensity to pay for it.

So, No Boundaries didn’t exclude artists; neither did it favour a specific artform. Instead it was about new ways of working in response to new challenges faced by the sector as a whole. Of course, to be able to discuss a world where there is “no normal”, as Lynsey Merrick (Lowry) put it, there has to be some boundaries: the format followed a strict schedule of rapid TED-style presentations. A parallel programme of open sessions allowed less formal self-directed content. Having attended Watershed ‘sandpit’-style events before, I knew how effective these can be as a discursive arena; however, the parallel schedules meant that these open sessions were often competing with programmed speakers, so attendance to the former and ensuing discussion was not always at its height.

No Boundaries was a State of the Arts event, which itself grew out of the Arts Council England annual conference. Produced by Jonathan Harper and co-ordinated by Hannah Williams Walton, it was thankfully free from the corporate hang-ups that plague so many conferences (the informal compering of Clare Reddington in Bristol and Marcus Romer in York characterised this). Having attended conferences that left me feeling disenfranchised as an artist, No Boundaries was different in its proposition of a new way of influencing and predicting the arts, in which artists can and do play a role as cultural cartographer.