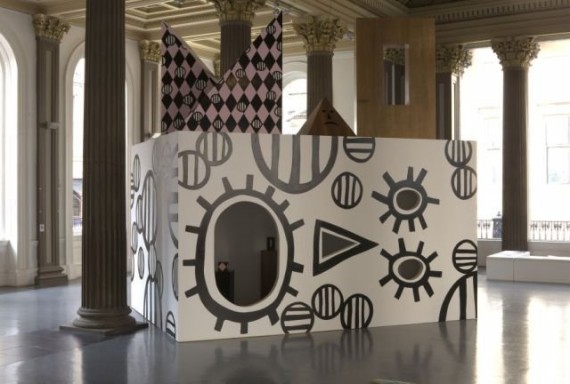 Commenting on their selection, the judges said: “The shortlist reflects the breadth of artists nominated in terms of both generation and choice of media. They range from the drawings, watercolours and installations of Margaret Harrison, who has lived and worked in the North for several decades, through to Rosalind Nashashibi who studied in the North and recently returned to the area having established an international reputation. Emily Speed’s sculptures and performance works are evidence of the strength of the burgeoning young art scene in the North, and Tatham & O’Sullivan’s work reflects the predominance of conceptual and multi-media approaches in the submissions.”

Margaret Harrison is a pioneer of feminist art who has been producing work that negotiates the difficult territory of politics, sexuality and irony since the 1960s. Her drawings found a new relevance and respect from audiences when they were exhibited at Intersection for the Arts in San Francisco in 2010, and as part of I am a Fantasy at Payne Shurvell Gallery London in 2011. Based in Carlisle, Harrison was nominated by Kate Brindley, Director of MIMA.

Rosalind Nashashibi works with mixed media and installation to explore the relationship between people, things and behaviour. She uses film in much of her work, juxtaposing scenes shot from real life with fictional events. A Becks Futures Art Prize winner in 2003 and recipient of the John Kobal New Work Award at Whitechapel Gallery in 2008, she lives and works inLiverpool. Nashashibi was nominated by Sally Tallant, Director of Liverpool Biennial.

Emily Speed works in sculpture, drawing, installation and performance, using architectural forms to represent our attempts to create permanence through building. Her ‘shelters’ are absurd spaces constructed specifically to fit her own body. For a recent Edinburgh Art Festival commission, Human Castle, she worked with acrobats and sculptural costumes to realise an ambitious human sculpture. She is a member of the AIR Council and contributor to Artists talking. Kingsley-based Speed was nominated by Sally Tallant, Director, of Liverpool Biennial.

Joanne Tatham & Tom O’Sullivan create staged theatrical experiences through sculpture, painting, architecture, photography, performance and literature and often employ the tools of theatre to frustrate straightforward interpretation of either text or object. They are exhibiting as part of Art Across the City in Swansea later this year. Based in Newcastle upon Tyne, Tatham and O’Sullivan were nominated by Gavin Wade, Director of Eastside Projects and Independent Curator Kirsteen Macdonald.