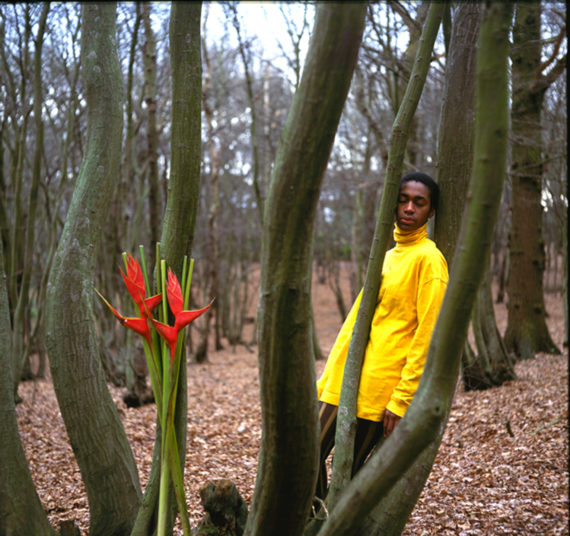 Birmingham-based a-n member Barbara Walker presents a major new body of work, including a large-scale charcoal wall drawing and 20 works on paper, which address the under-representation of Black figures in Euro-centric art history.

In one series of works, based on Old Master and classical Western paintings, Walker combines detailed graphite drawings of Black subjects with blind embossing of white figures. These powerful works confront and counter the dominant Western artistic cannon in which Black subjects – if present at all – are depicted in marginalised roles: as slaves, servants or attendants. In Walker’s retellings, these figures are central, portrayed through her meticulous gaze and mark-making as human and wholly present in history despite centuries of invisibility and erasure.

The show includes over 100 artworks from UK-based and international artists, across a range of media. All were submitted in response to an open call to female identifying and non-binary artists for works inspired by their favourite women artists from the past and present.

A silent auction will also take place with funds split equally between artist and charity Yellow Door, which tackles domestic and sexual abuse.

No Medals No Ribbons

This solo exhibition is Oxford-born artist Jesse Darling’s largest to date and includes new and existing installation, sculpture, drawing, text and video made over the last decade.

Darling presents everyday objects in new contexts, making them appear unfamiliar or absurd. Their materials and scale often relate to the body, such as the ladder-like structures of the large-scale sculpture Gravity Road and the distorted walking stick of Crawling Cane.

Through their work Darling ‘explores the precarious and arbitrary nature of the dominant narratives about the world and our lives together’, seeking to expose the fragility of systems of power, including government, religion and technology.

This major survey of Guyanese-born British artist Ingrid Pollard presents work from the 1980s to now and is the first overview of her pioneering career to date.

Involved in the Black British art movement that emerged in the 1980s, Pollard’s work has consistently involved a strong social element, from documenting grassroots groups involved in feminist, anti-racist and LBGT+ movements, to identifying pub signs across England that refer to or depict African figures.

The centrepiece of this solo exhibition by Los Angeles-based artist Candice Lin is a gigantic trebuchet that fires ‘cannonballs’ made from lard and bone black pigment at Spike Island’s gallery walls. This dynamic structure references a grim, 14th century form of biological warfare, when the Mongol army catapulted plague-ridden corpses (human and horse) inside the city walls of Caffa (now Feodosia, Crimea).

Elsewhere in the show are small oil, wax and lard paintings that reference early 20th century plague outbreaks in Honolulu and San Francisco, for which Chinese citizens were blamed and victimised.

Migrant and colonial histories, particularly British and American relationships with China, run through Lin’s multidisciplinary practice. Through an array of materials, including barbed wire, opium poppies, and parasitic wasp and oak gall ink, her work viscerally contemplates the ways in which Asian people ‘have often been defined by animality, contagion and the inhuman.’

Until 8 May 2022, Spike Island, Bristol www.spikeisland.org.uk/

This multi-disciplinary project includes a 16mm film, along with prosthetics, text, sound and performance-based works, which draw on the myth of Daphne, who transforms into a tree to escape Apollo’s pursuit of her.

In Metamorph this narrative – which is traditionally interpreted as resulting in Daphne’s ‘eternal silence or loss of self’ – is reframed through a queer, transcultural and multi-species lens to consider alternative interpretations around agency and the character’s relationship to landscape.