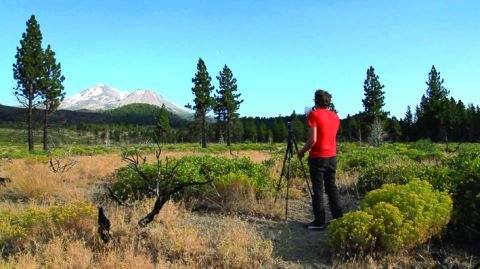 Thirty-eight artists have been selected from over 600 hundred applications for the 5thOriel Davies Open exhibition (Oriel Davies Gallery, Newtown, 28 April – 27 June). The exhibition will showcase the breadth and diversity of artistic practice from across the world, with selected artists coming from as far afield as Israel and Switzerland.

“Works presented use diverse materials and visual techniques to push boundaries – such as challenging political or social systems, capturing the sublime, revealing the uncanny or even disrupting the very architecture of the gallery. Shan Hur has excavated part of the actual gallery wall to reveal an antique ruin, while Joe Doldon has crafted a book into a weightless, swirling sculpture. These subtle interventions contrast to the grandeur and sublime beauty of Paul Murphy’s imposing photograph Sentinel 1 and the drama and suspense of Melanie Machot’s film, Leap after the Great Ecstasy. Collectively the works can be understood as a series of opposites – natural versus artificial, animal versus human, or transitory versus permanent and together offer a remarkable example of the many and various ways contemporary art can challenge and intrigue.”