Castlefield Gallery: “Our values and impact need to be better articulated” - a-n The Artists Information Company 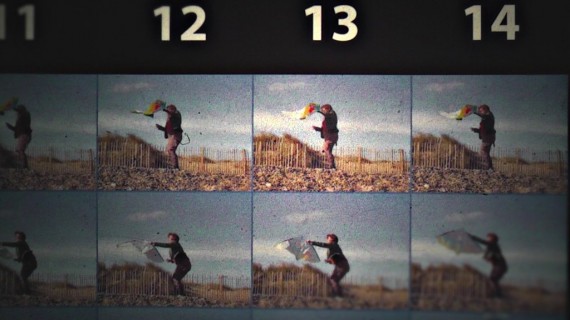 Since news of Castlefield Gallery’s (CG) unsuccessful bid for Arts Council England’s NPO funding in March 2011, the organisation has had to fundamentally rethink its business plan. It has had to become resilient in the face of the continuing economic crisis facing public and private sectors.

It had been clear for some time that CG needed to review its business model, particularly in the area of diversifying income. Indeed, the stated reason for the gallery losing out on NPO funding was that it was too reliant on revenue from ACE. While the decision was a shock to the whole organisation, it also highlighted the urgent need for redevelopment and the issue of measuring the impact and advocacy of its work.

Luckily, when the ACE decision was announced, CG had four cornerstones to build on: incredible support from artists and arts professionals; dedicated staff and board members who all wanted CG to continue and do better; low overheads thanks to an ACE capital lotteries grant in 2000 that enabled the gallery to buy the premises; and the knowledge that its work has had significant impact on artist development since opening its doors in 1984.

The gallery had already begun to take action to address the lack of diversity of income and had secured ACE’s GFTA (Grants for the arts) funding in March 2011 for organisation development; this has been used to prioritise a strategic and realistic business plan, working with external consultants.

Sarah Fisher and Kath Russell were recruited to write a business plan and to advise on renewal. The consultants looked at the whole business model and reviewed both the CG board and staff. A ‘live’ ten-year strategy and three-year business plan was delivered in November 2011. These have been the organisation’s guiding documents.

The biggest lessons learned were that over reliance on one income source is not sustainable, and that CG’s values and impact need to be better articulated and advocated. While the gallery delivered a lot of projects, its strategy was not well communicated to stakeholders or decision makers. All of these points have been taken into consideration in the new business plan.

Funding for organisation development enabled CG to invest in minor refurbishment to unlock building assets, such as converting its meeting room into a rentable office and improving its galleries to gain short-term space hires. It has also enabled the rebuilding of the gallery website, which when it is launched later in August will incorporate www.theartguide.co.uk.

From one of the change management sessions attended by senior staff, CG learnt a valuable lesson on institutional marketing from Michael ‘the turnaround king’ Kaiser. In the past, a limited number of people knew of CG’s work and others had at best a fragmented view. The gallery had to step up in getting news of artist development work beyond its immediate community.

CG recognised that it also needed to demonstrate the value of its work in wider cultural context, starting with the mapping of artists’ professional development in Greater Manchester. Commissioned by CVAM (Contemporary Visual Arts Manchester – the sub-regional Contemporary Visual Arts Network group), the mapping was completed in April 2012 with the support of University of Manchester’s Centre for Arts Management and Cultural Policy.

To take this data forward, CG has partnered with MIRIAD (Manchester Institute for Research and Innovation in Art and Design) in a six-month research project, Analysing Artists’ CPD in Greater Manchester: Towards an integrated approach for talent development. CG is currently planning to follow this with research into the ‘deferred’ impact of artists’ development.

While CG has numerous case studies of the positive impact it has on the artists it has supported, the outcomes are often hard to measure within the metrics that government and ACE requires. CG’s research will aim to contribute to that of other organisations such as a-n and the advocacy group Common Practice, London, in changing how artist development is measured. Stepping forward, CG is formalising its strategic partnerships with funders, higher education institutions and organisations such as ACE, Manchester City Council (MCC), Manchester Metropolitan University (Manchester School of Art and MIRIAD) and a-n, The Artists Information Company.

The gallery has almost completed its regeneration and has regained temporary financial stability, with two-year ACE GFTA funding, MCC’s cultural partnership funding and a strand of income through donations, thanks to a model pioneered by our sister organisation in Leeds, East Street Arts. In addition, CG’s May auction raised £33,000, demonstrating the incredible support that the gallery has from artists, the arts community and art buyers. Not only did artists, curators and collectors donate work, but Northern Art Prize-winning artist Pavel Büchler gave advice and his time to perform as the auctioneer, ably assisted by New Art Gallery Walsall director Stephen Snoddy and DJ and writer Dave Haslam.

The future is looking promising, with a more cohesive artists’ development programme and a strong artistic programme. Over the coming months CG will launch its CG Associates scheme, its New Art Spaces portfolio of ‘pop-up’ studios and galleries, and its Launch Pads for emerging artists.