Peter Heslip: "The public need to understand and value the work artists do" - a-n The Artists Information Company 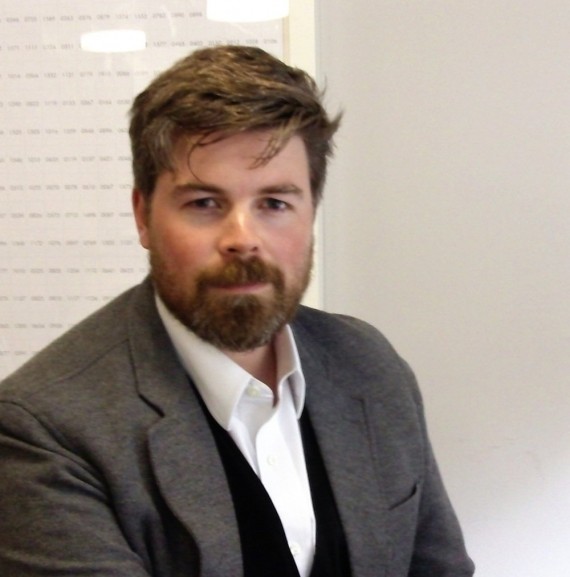 It’s refreshing talking to Peter Heslip, the new Director of Visual Arts at Arts Council England. He has a significant background working in the sector, including five years at Tate and a period at the Museum of Modern Art, New York, and is not an ACE ‘lifer’. He appears to genuinely consider the questions I put to him.

He joined ACE in 2010 as a Relationship Manager and has a Masters in arts administration from Columbia University. His new role is designed to fit a second organisation restructure, which is required to accommodate the reduced funding from the Treasury. A newly created post that encompasses elements of the positions previously held by Vivienne Bennett and Julie Lomax, Heslip’s responsibilities include overseeing the portfolio of 144 funded visual arts organisations (NPOs) and leading on museum funding in London and a £27.5m programme to help London organisations increase their fundraising capacity during 2013-2015.

It’s his first day back in the office after visiting the Venice Biennale, and inevitably we talk about this and the opportunities and benefits of working on the international stage. He raves about Jeremy Deller’s British Pavilion. “One of the things he did is have a broad range of artists involved, at all stages of their careers and from all backgrounds. But he treated them all the same – there was no ‘this is an outsider, and this is a star’, and it made for incredibly rich viewing.”

He is particularly proud of the strength of the UK presence in Venice this year and he name checks UK artists who are showing – a list that includes Helen Martin, Ed Atkins, Phyllida Barlow, Tacita Dean, Roger Hiorns, Steve McQueen and Sarah Lucas. “You’ve got [Tate Modern curator] Jessica Morgan chairing the jury for Venice this year, you’ve got [Ikon Gallery Director] Jon Watkins curating the Iraq Pavilion as well. We’re there in force. Our representation is phenomenal this year.”

He makes a point of mentioning that he “met half a dozen artists who were there on the a-n bursary, like Jordan McKenzie who was there with a sharp focus on performance. You can see what a difference that kind of a small grant can really make to somebody in their career.” So I ask about ACE policy on international working. The first place to start, he says, is the Artists International Development Fund, a joint initiative between ACE and the British Council. The fund is £750,000 over three years, and to date 27 visual artists have been awarded grants.

“We’ve had huge demand from individual artists who are looking to travel because that’s obviously the way to develop your practice,” he says. It’s aimed at artists who are early to mid-career. “Not too established because you want to see this have a transformative impact on somebody’s career,” he says.

“One of the reasons it’s there is that we do recognise that Grants for the Arts (GFTA) doesn’t always lend itself to international travel. But I wouldn’t write GFTA off – for example, [it supported Elpida Hadzi-Vasileva’s work for] the Macedonia Pavilion, and there was also Venice Agendas by the curator Clare Fitzpatrick which was going on every morning during preview week. She had several British artists who were working there. Jenni Cluskey was one with performative work. She studied at Kingston, she’s based in Hull, so for her, having that kind of opportunity and exposure was phenomenal and that was GFTA funded.”

A clear focus and priority for Heslip is increasing audiences and in particular, increasing the sector’s connections with “ordinary people” and “middle England”. “There are some great examples of that regional gallery infrastructure connecting with their localities and I think that is really essential,” he says. “It’s not so much about the moral or ethical thing to do, I think it’s about survival – that your immediate public really understand and value the work that you do. I am concerned about how artists connect with the public and the public connect with artists.”

Usefully, he has a holistic rather than mechanical take on this, recognising a number of factors that shape the public’s view of art, including a sometimes “disappointing” mainstream press. But he can talk the numbers as well. “Numerically speaking, visual arts takes about 13% of the Arts Council’s investment and returns about 26% of visitor figures, about 12 million visitors last year. But I think we can always do better. You’re struck by the number of Germans at Documenta – it’s a hugely popular event, nationally speaking. It would be great to see something change in this country where more people value visual arts.”

He does seem to have a genuine understanding of and passion for the visual arts and artists – a statement that sounds both patronising and pedestrian. For someone in his position this should be a requirement of the job, of course, but this isn’t always the case in high-level arts administration posts. “Art in 2013 is by its very nature challenging, not always easy to grasp,” he says. “It’s often intellectual but I think anyone who spends enough time just seeing knows it’s richly rewarding. I think we have a responsibility to artists. The artists in this country are a national asset. They should be cherished and supported.”

This seems the perfect point at which to mention the a-n research, A Fair Share?, which revealed that for two consecutive years, less than 5% of artists applied for funding in their own name and of those, only half were successful – meaning that ACE funded only 2.5% of artists directly.

“I would definitely like to see our success rates for artists go up,” Heslip responds. “What we know is that having quality advice and being supported in the application process is very important. What we’ll be doing next is talking with organisations of many types, some NPOs but also galleries and other agencies, in terms of what additional support do artists need to make better applications that are more likely to be successful.” He is clear, however, that there is no new money to pay for this support, and when I question him about ensuring parity of support across the country, his response is pragmatic.

“We have to be realistic about what will be available given the size of the country and the number of Relationship Managers we have… I’ll be interested in how other organisations can help us with that geographic coverage and also that coverage across practice as well.” But he is also clear about the need for artists to think strategically about the optimum time to apply. “It’s important to recognise the role that GFTA has, which is not as subsidy in terms of how do you make a living. It’s about recognising those key moments in artists’ careers, where they have great ideas and a grant can make a huge difference in terms of moving your career on, your practice on, to the next level.”

ACE is introducing a new process for GFTA on 1 July that it says ‘will allow us to get more small grants to more people.’ How this will be achieved? “We’re being a lot more explicit about asking artists to tell us about themselves and their career and what they’ve done, which will enable a wider range of people in the organisation to reach decisions. Assuming that the application is easier, and assuming that people are getting the pre-application advice they need, they should be more successful at the point they apply.”

This sounds like two quite crucial and by no means certain assumptions. There will still be a two-stage process, and Heslip assures me that the regional offices – with their essential local knowledge – will still play an active role. But the language he uses to describe the assessment process is revealing. “It still goes to The Hive [ACE’s Manchester processing centre] who process it and look for reasons that the application may be ineligible or may present a particular high risk. After that it does then go to local offices for appraisal at a certain level and then decision.”

ACE will have to “see how it runs,” he says. “It would be hubris to think we’ve got it right first time.” I’m impressed by his honesty, but can’t help thinking that experimentation in real time is a mite awkward for applicants.

Heslip is aware of regional ecologies of support for artists and talks about Glasgow as an example: “How can we recreate that model in more parts of this country?” He cites the journey of artist Richard Rigg “who went to university in Newcastle and is represented by Workplace Gallery, an NPO. His career stops along the way at Project Space Leeds and in 2011 Richard is shortlisted for the Northern Art Prize. Later on, there’s a solo show, Lacuna, at Baltic and then this year he won the Journal Culture Award for Visual Artist of the Year. His example to me is how you have a number of organisations of scale, and Baltic taking responsibility for local artists as well.”

I draw his attention to the March 2011 NPO decisions, in which a disproportionate number of small organisations that provided early career support and opportunities for artists lost their funding (see a-n’s Ladders for Development). I am not convinced that the bigger, well-funded institutions are picking up the slack, I say. What does he think about the consequent impact on artists?

“I think we do still have a lot of talent development organisations in the portfolio,” he counters, “and in the last round we brought in at least four small-scale organisations like The Drawing Room and Studio Voltaire who are unquestionably all about talent development. They also tend to have other sorts of models which are perhaps less reliant on a single source of subsidised activity.”

It’s a neat sidestep but he returns to the subject by talking about “the totality of the ecology in terms of the various opportunities that exist with Grant in Aid [ACE’s Treasury funding] and Lottery as well. Grant in Aid is going in one direction only. Lottery remains fairly constant. When you only think about the national portfolio you run a risk of forgetting about the rest of our investment.”

Like many of his responses, it’s a bit woolly while focusing on individual examples rather than the bigger picture. Probably this is inevitable. Heslip has only been in the job for two months and the bulk of his work is still to do. Any potential initiatives he may want to implement will still be in process. It is to be welcomed that he is an agile thinker, capable, committed and enormously well-intentioned. But I suspect that his room for manoeuvre in the foreseeable future is severely limited.