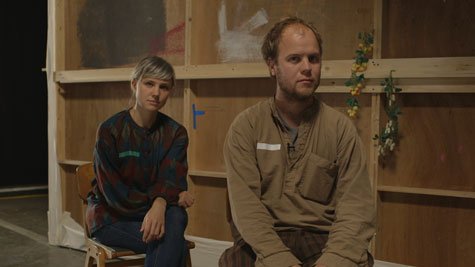 Bristol-based artists’ film and video commissioning agency and service provider Picture This has announced that, from April, it is to merge with Spike Island.

A statement from the organisation, formed in 1992 as the result of a coalition between the resources and membership of the Bristol Film Workshop and Watershed video department, said:

“[Picture This] will cease to be an autonomous organisation with its own programme of commissions, research and events … AV equipment hire, production and post-production services will continue to operate as before, but now under the auspices of Spike Island.”

Its final two projects – a new film by Cara Tolmie and a project curated by James Richards – will take place at Spike Island.

Picture This has commissioned and produced work by a variety of artists since it was formed over 20 years ago, including Rosalind Nashashibi, Marcus Coates, Hito Steyerl, Ben Rivers, John Smith, John Wood & Paul Harrison, Lucy Gunning, Mariele Neudecker, Ryan Gander and Emily Wardill.

Picture This DVD and print publications will continue to be available from the distributor Cornerhouse Publications. Its paper archive will be housed at the British Artists’ Film and Video Study Collection at Central Saint Martins.