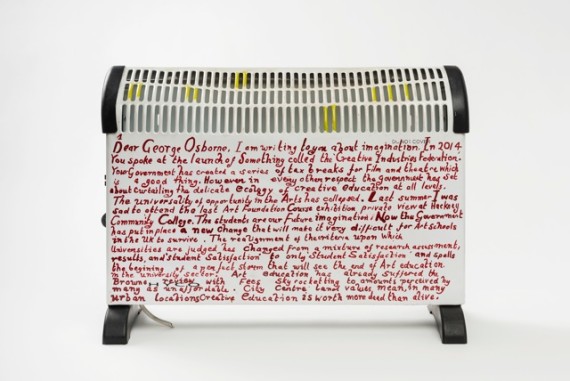 The planned closure and relocation of one of London’s most popular art schools has been the focus of a discussion in the House of Lords.

The Earl of Clancarty, Nicholas Trench, called for the government to intervene to halt the sale of the Sir John Cass Faculty of Art, Architecture and Design building in Central House, Aldgate. It is expected that once sold the building will be demolished and replaced with flats.

Trench said: “The loss would be a tragedy for art, design and manufacture in this country. The Cass should remain in the East End, where it belongs, as an independent centre of excellence.”

Earlier this year the Met’s board of governors approved proposals to consolidate operations at the university’s main base on north London’s Holloway Road, including the sale of its buildings at Aldgate and Moorgate. Although the Cass will still operate, opponents to the plans claim the relocation will result in a ‘smaller university in terms of traditional delivery’, with 10,000 students rather than the current 12,000. It has been suggested up to 90 full-time jobs could be made redundant.

During the Lords’ debate, Trench was rebuffed by Conservative peer Baroness Evans of Bowes Park. She said: “The strength of our universities rests on their autonomy and government is, rightly, discouraged by statute from direct intervention in their affairs.”

Labour’s Lord Cashman responded by asking Evans whether she agreed that “Cass is a total success, that there is no necessity for its move, and that its closure is not in the long-term interests of east London?”

Liberal Democrat Patrick Boyle, The Earl of Glasgow, added: “Part of its success has always been attributed to its location in the East End close to the City, where it has thrived for more than 250 years. Surely this is the sort of situation in which the government should step in and help.”

The debate follows the launch of an online petition, organised by students at the university, which has so far reached just under 3000 signatures. In addition, artist Bob and Roberta Smith – an associate professor and MA Fine Art course leader at Cass – has created an artwork (pictured top and above) warning of the threat to universities in city centres due to property development. The work is currently on show at the William Morris Gallery in Walthamstow.

Smith said: “I have written a letter to George Osborne on two electric heaters in which I express the view that art schools that became university departments in large urban centres are facing problems that will spell their demise over the next few years.”

Smith warned that the impact would be wide reaching and beyond simply art and design. “London Met is London’s principle widening participation university. Education is one of the tools a democracy has against the men who shot kids watching a rock concert in Paris.

Smith said the campaign has so far generated support from a number of high-profile figures, including Tate director Sir Nicholas Serota, the architects Lord Rogers and David Chipperfield, and artist Anish Kapoor.

“I hope the governors of London Met come to their senses and realise that London Met’s role in the social and artistic fabric of the capital is unique and powerful,” said Smith. “We must save the Cass and extend London Met’s ability to educate generations of Londoners and offer opportunity and hope.”