Platforms for change: what do artists really want from arts organisations? - a-n The Artists Information Company 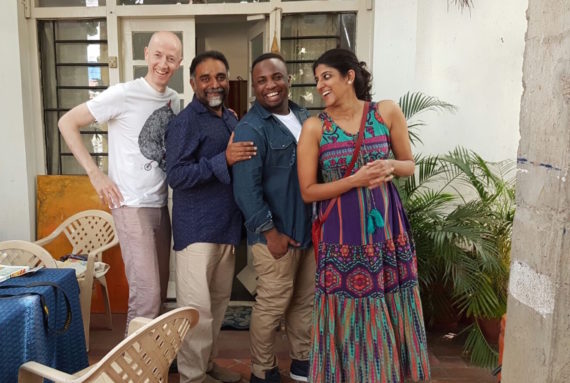 As the recipient in 2016 of the Clore Visual Artist Fellowship supported by a-n, I had the incredible opportunity to visit India and met many people working within the arts in Bangalore and Kochi. My impression – from a limited view of this vast country – is that artists in India, where there is little in the way of institutional arts infrastructure, often create their own platforms out of an implicit understanding that no-one is likely to do it for them.

It’s in sharp contrast to my own experience in the UK, where a conversation between artists is never too far from descending into a moan-fest. It’s something I’m guilty of myself, but afterwards I often think: “Why was I so negative? Is that really how I feel?” Is it possible that we have unwittingly developed a culture of complaint that has become so natural that we often aren’t aware when we’re perpetuating it?

One example of an artist-initiated platform I visited in India is the country’s first biennial art exhibition, the Kochi Muziris Biennale, started six years ago by Bose Krishnamachari and Riyaz Komu. They have overseen its rapidly growing local and international reputation while retaining its artist-led focus: each biennale is curated by an artist with many of the featured emerging artists exhibiting at a biennale for the first time.

In 2009, Archana Prasad, also a 2016-17 Clore Fellow, initiated Jaaga in Bangalore. A multi-platform support structure for emerging artists, designers and technologists, it has a particular focus on engaging broad audiences in a public context in the absence of institutional spaces.

Compared with Bangalore and Kochi, we have a vast array of arts infrastructure in the UK: museums, galleries, collections, awards, residencies, funding, talent development programmes. According to statistics from the British Council: “The UK has the largest creative sector of the European Union. In terms of GDP it is the largest in the world, and according to UNESCO it is, in absolute terms, the most successful exporter of cultural goods and services in the world, ahead of even the US.”

Yet despite having this highly developed arts infrastructure, it seems that it is still incredibly difficult for artists in the UK to sustain a career from their art practice. Research undertaken by a-n in 2013 revealed that 72% of the respondents earned £10,000 or less per annum from their work as artists. 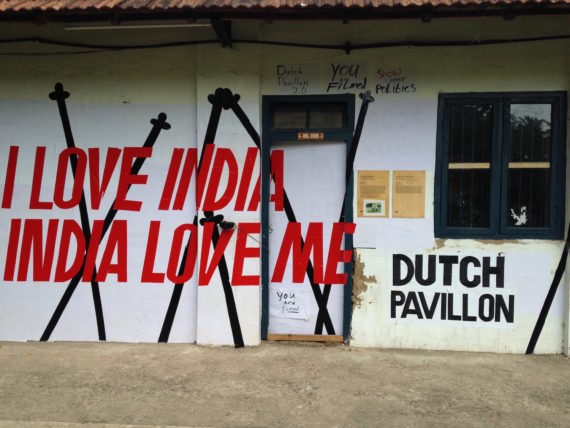 Could it be that the very presence of a well-developed arts infrastructure is in itself a barrier, inhibiting us from finding creative solutions to our careers? Do we hold off on developing our own platforms to share our work while we wait for existing structures to do it for us? Moreover, does the institutional art world dominate our perceptions, understanding and expectations of what art is? In doing so, does it present narrowly-defined models for how to be an artist?

Artistic success continues to be benchmarked via solo exhibitions in institutional spaces, despite the fact that much of today’s artistic production simply doesn’t fit with this limited format. Could institutions do more to support work being made for outside of their walls – online spaces, homes and workplaces for example? Is it a problem for diversity if the majority of artists working in these institutional contexts have graduated from the same handful of (mostly London-based) graduate programmes?

Could it also be that a deep desire among many artists for their work to eventually be held in a public collection is something that limits other possibilities for the existence of art in the world? In one of the largest surveys of artists’ attitudes to the art market, Arts Council England’s 2004 ‘Taste Buds’ report stated: “Art is like no other commodity in that the ultimate desired resting place for an artwork is within a public collection. The dynamic within a large part of the art sector is the aspiration, by artists and their intermediaries, for their art to attain a place in museum or gallery collections.”

There are no statistics for what percentage of all art produced is accessioned into public collections, but my guess is that it is very, very low. What would change if artists shifted this value system, not making art to last forever but for right now?

So, what is it that we actually want an arts infrastructure to do? Is it to turn out a handful of big success stories or is it about enabling access to the arts for more people? While we may say that we want more resources to help us make art and develop careers, is there really any point in more artists making more work without more audiences having also been nurtured and developed? When we’re done with complaining, are artists clear and united on what we want?

Maurice Carlin was the 2016-17 Clore Visual Artist Fellow supported by a-n. Read a Q&A with him here