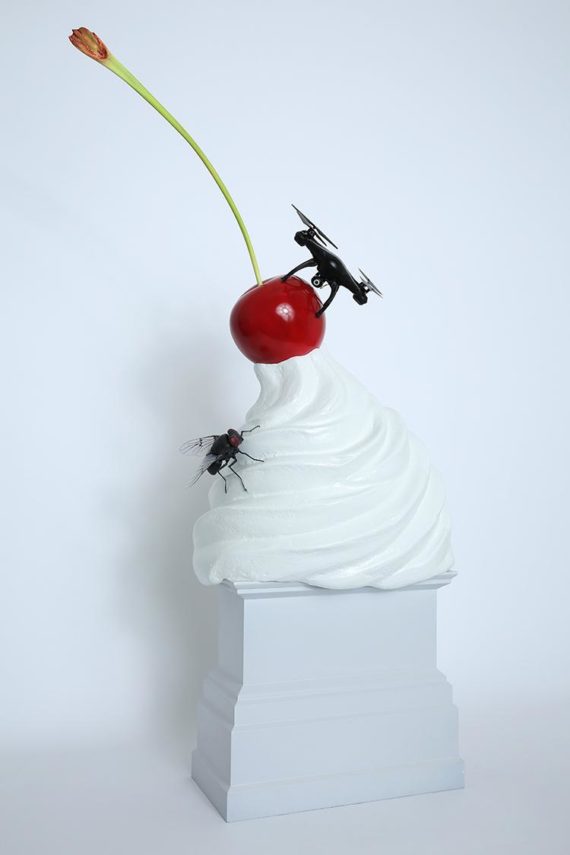 Proposals for the next two Fourth Plinth commissions in Trafalgar Square have been revealed with the opening of an exhibition of maquettes by the five nominated artists Huma Bhabha, Damián Ortega, Heather Phillipson, Michael Rakowitz and Raqs Media Collective.

The maquettes can be seen at the National Gallery in London until 26 March 2017 and the two selected works, to be unveiled in Trafalgar Square in 2018 and 2020 respectively, will be announced in March.

Amongst the proposals, Phillipson’s The End explores shared experiences such as commemorations and mass protests through the form of a large scoop of ice cream being eaten by a fly. The sculpture will also include a drone – with a camera attached – flying overhead that will enable onlookers to watch a live feed on their phone or tablet. 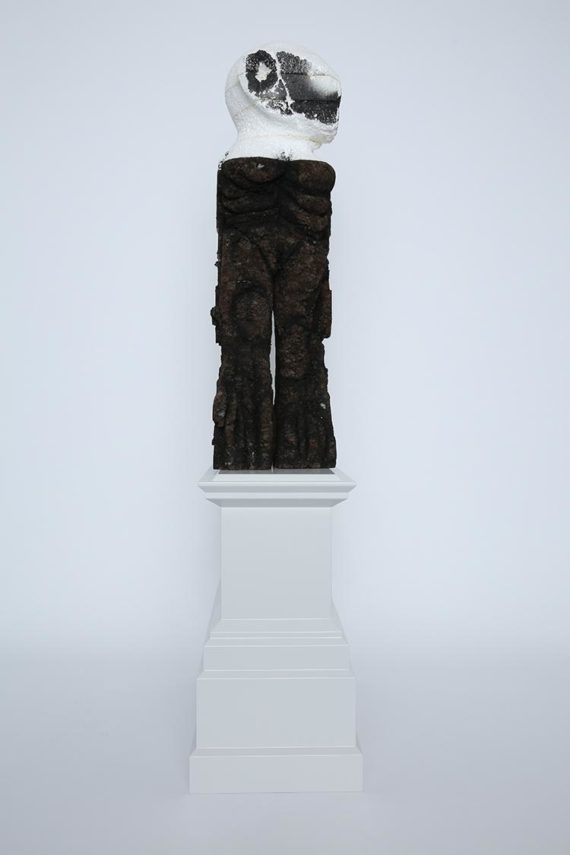 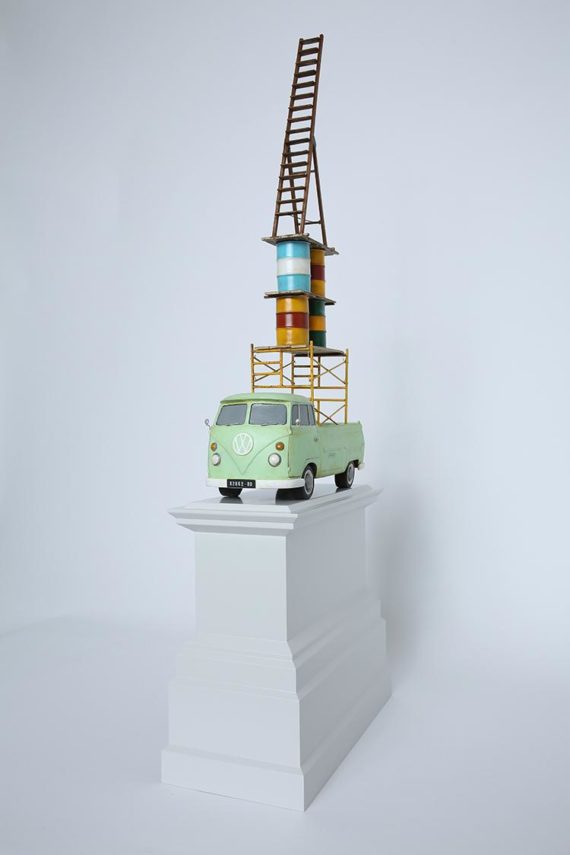 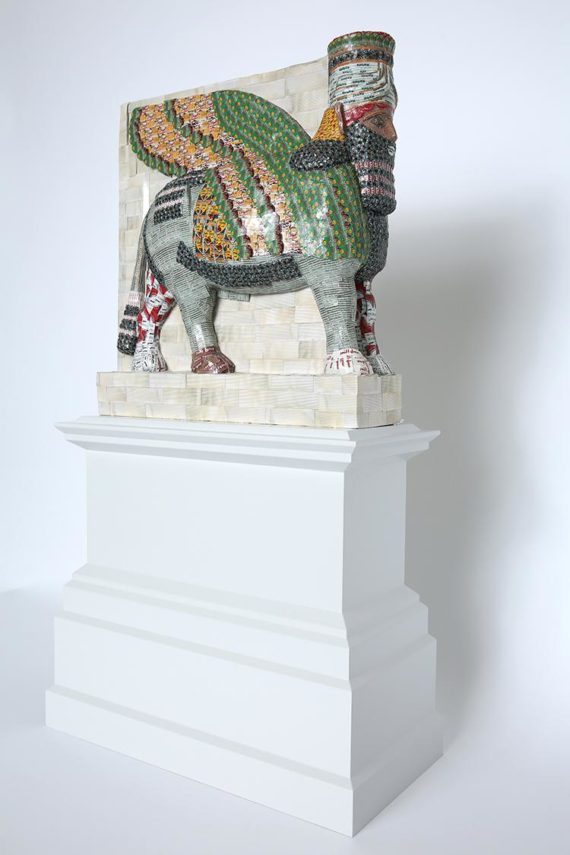 Rakowitz’ The Invisible Enemy Should Not Exist is a recreation of the Lamassu, a winged bull and protective deity which was destroyed by Isis in Iraq in 2015. The work will be part of Rakowitz’ ongoing project which has involved the reconstruction of a number of artefacts looted from the National Museum of Iraq after the US-led invasion.

And Raqs Media Collective’s proposal The Emperor’s Old Clothes explores how power can be both present and absent in sculpture through the form of an empty robe. 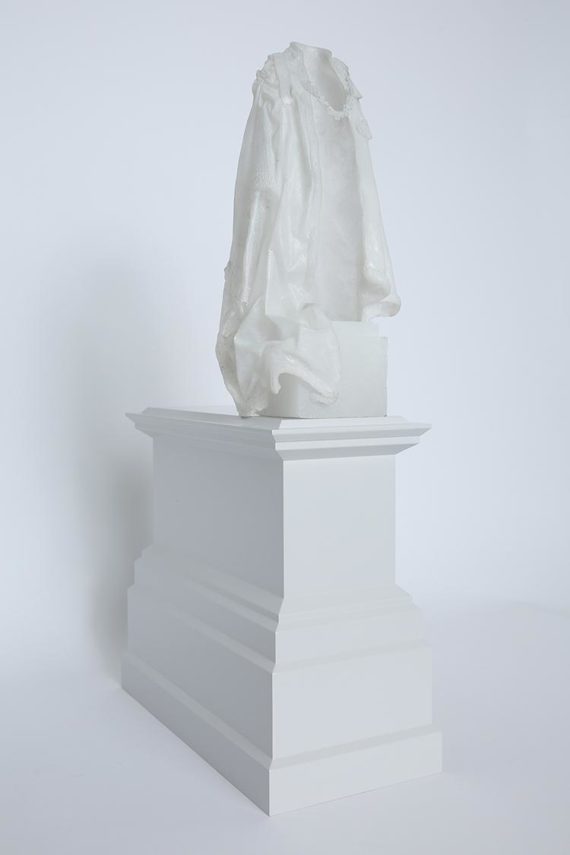 Mayor of London Sadiq Khan, whose office has funded the programme since 1999, commented on the international nature of the shortlist: “I’m delighted to see that the commissions are not just from the UK but from around the globe, a clear sign that London is open to creativity.

“The Fourth Plinth reflects the best of London in so many ways – it is inventive, pioneering, surprising and a source of delight, discussion and debate for millions of Londoners and visitors from across the world.”

The Fourth Plinth Programme was launched in 1998 by the RSA with the support of the Cass Sculpture Foundation. Since 1999 the programme has been led by the Mayor’s Culture Team, under the guidance of the Fourth Plinth Commissioning Group.

Previous artists that have exhibited on the plinth include Marc Quinn with his sculpture Alison Lapper Pregnant and Antony Gormley with One & Other. Recent commissions have been by Yinka Shonibare MBE, Elmgreen & Dragset, Katharina Fritsch and Hans Haacke

The current work on show is David Shrigley’s Really Good, a bronze sculpture consisting of a seven-metre-high hand giving an elongated thumbs up.