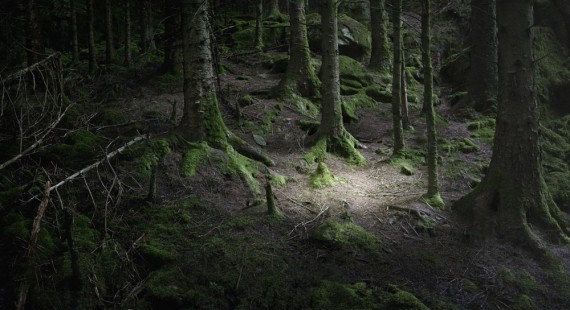 In its 25th edition this year, the London Art Fair may not have the excitement, drawing power and hype of Frieze, but it’s a venerable outlet for galleries showing and selling the great names of 20th century Modernist art. Main fair exhibitors include the elite of a certain type of high value British art dealer, such as Beaux Arts, the Albemarle Gallery and Anthony Hepworth Fine Art. As such, it’s mainly known for dealing in the lucrative secondary art market (re-selling), rather than the riskier primary contemporary art market.

But running alongside the main fair is Art Projects, which aims to show a snapshot of the current practice and concerns of contemporary artists. Initiated in 2005, perhaps in an effort to emulate the various project-based successes of Frieze, it has been curated by Pryle Behrman since inception. He describes the 2013 theme as being “characterised by a gentle questioning that looks at gradually-unravelling developments from a critical new angle, one that is never cynical or simplistic.”

This year, Art Projects will feature large-scale installations, solo shows and group displays, while the film programme hosts a selection of experimental film and video work (including David Blandy’s Anjin 1600, first shown in Brighton in 2012 as part of his Odysseys exhibition). Critically engaged gallerists such as Ceri Hand and Poppy Sebire are represented, and Limoncello is showing 30 wall-based works by women artists and one male, in a concept referencing the ITV show Take Me Out. But perhaps more interestingly, Art Projects also includes some deliberate interventions and methodologies that are enabling a range of artists who are independent of gallery representation, and who do not necessarily make commercial work, to present at the fair, with all the possible benefits that might bring them.

One example is Regional Interference, a partnership project between Visual Arts South West and Bristol-based Works|Projects, run by Simon Morrissey. An open call offered support for South West artists without commercial gallery representation. Out of 84 applicants, five artists were selected, each of which will receive a solo show at the Bristol gallery, a specially commissioned critical profile and a presentation at the London Art Fair. “We really hope to bring their work to the networks that we have established over the last four years,” explains Morrissey. “We have very good relationships with collectors in the UK and Northern Europe, both private and public. We hope to provide the artists with a platform, expose them to curators and collectors, in the hope that they will get further opportunities.”

Eastern Pavilions is a similar project between East Contemporary Visual Arts Network and 12 galleries based in the region. Also intending to develop and support artists to market, they are using a different methodology, with a key objective of enabling regional organisations and artists to make new relationships with patrons and collectors. These patrons have provided the wherewithal for the 12 galleries to commission 12 new prints from emerging and well-established artists, including Ryan Gander, pop artist Colin Self, and 2012 Turner Prize winner Elizabeth Price, whose print was commissioned by Norwich-based artist-run gallery OUTPOST. The 12 prints will be sold in a boxed edition of 144 for £1000 each.

SUBLET is an attempt to subvert the commercial conventions of the art fair, and is conceived by ALISN (Artist-Led Initiatives Support Network). “We wanted to keep a distance from the commercial aspect, the commodification of art,” says co-director Bella Easton. With SUBLET, it has divided its space and invited 17 artist-led spaces, including ALISN’s own gallery Lubomirov-Easton, to each present their selected artist. Five of these spaces will be represented in the fair’s designated film space and there will be performance pieces in the talks and discussion strand. What does Easton expect them to get from the experience? “I think it will be a fantastic basis to build relationships with buyers and collectors, but our most immediate reason is to establish us as a young space and organisation. The PR point of view interests us much more, which is more correct for us at this stage. The work won’t be commercially viable in all cases. We’re not relying on the sales aspect.”

Among those showing as part of SUBLET will be MOCA (Museum of Contemporary Art, London), directed by Michael Petry. As a non-profit space that puts together projects, exhibitions and installations that are not for sale, it would never usually do an art fair. Petry says: “We were already planning to do an external showing of David Blandy’s film Anjin 1600 projected on our building, so we decided to do a preview of the project as part of the art fair. We thought: let’s do something that’s a bit unexpected. There aren’t going to be a lot of people showing film because they’re geared for sales, so I’m not quite sure what to expect. I understand the concept of it, but we’re not trying to sell things.”

It is often a dilemma for artists making certain types of work whether they should participate in art fairs. It’s an expensive business to take a stand and sales have to exceed costs before any profit can be made; new relationships are important but they need to pay off at some point. The main fair exhibitors, and some of the Art Projects exhibitors, need to sell. Crane-Kalman Brighton is exhibiting at the main fair for the first time. Dealer Richard Kalman says: “I would say that sales are 50/50 between existing clients and new ones who buy. The reality is that the main people who buy from you are the people you invite.

“Among the eight artists I’m showing is Michael Ormerod, a British photographer who died in the early ‘90s as he was making his name and reputation. We’re also showing a couple of younger artists, like Ellie Davies, who makes beautiful but rather dark pictures that are about the magic and mystery of the English woodlands. She’s the archetypal photographer we’re trying to promote – young, British, interesting ideas.”

The Art Newspaper was circumspect in its analysis of the market at the recent Art Basel Miami Beach, suggesting respectable but certainly not massive sales. Back in Britain, Poppy Sebire, who is closing her South London gallery at the end of January due to the tough economic climate, thinks that the market has been getting increasingly quieter since 2009. She is not optimistic: “I don’t think it will get better in 2013, I think it will be harder. I just don’t think there is a huge amount of confidence in the way people are approaching buying. Buyers are being more cautious.”

The London Art Fair predates an artworld that has become intensely globalised, starting at a time when to be the London art fair was significant, and blue-chip collections were thin on the ground. Since then, it has become a truism that, to quote The Art Newspaper, ‘the noise around the market has amplified, while independent critical debate is diminishing.’ This year’s Art Projects is attempting, with some interesting and unusual initiatives, to redress the balance in the rather unique environment of the London Art Fair.

The Manchester Contemporary – Curatorial Coordinator Paulette Terry Brien of The International 3 discusses the art fair that looks to encourage and develop a market for critically engaged contemporary art in North West England.

Career profile: Chris Agnew – exhibiting with Axisweb as part of the Arts Projects.