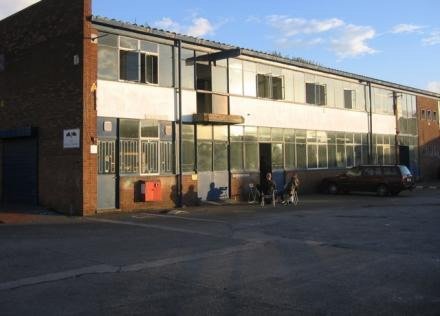 On the day The Royal Standard was showing journalists and critics around as part of the Liverpool Biennial opening celebrations, Dave Evans, one of the artist-led space’s four directors, had something troubling on his mind.

“A letter dropped on the mat the week of the Biennial opening, so it was looming pretty large in our minds as we went through the rigmarole of the preview,” he says.

The letter was from Liverpool City Council informing The Royal Standard that its appeal against the decision to not grant it discretionary business rates relief had been unsuccessful. The result is that the gallery and studio space will no longer get the 80% reduction on its annual rates bill. Because of the time it took for the appeal to be processed, the whole year’s bill is due in a few months time.

The organisation – which has been granted the discretionary reduction since it was founded in 2005 – is not in a position to pay the full amount, says Evans. ­Staffed by volunteers, its only income is the studio rent paid by artists. Although it receives some Arts Council England funding, this is for specific projects and cannot be used to pay the rates bill.

Liverpool City Council has stated that the decision to withdraw the reduction is part of a wider policy shift in response to central government cuts. The council says it has had to make savings of £141million over the last two years, with another £50million required over the next two years.

If an organisation has charitable status, it pays no more than 20% in business rates on non-domestic property, and, although administered through the local authority, the cost of this reduction is met by central government. Venues in Liverpool such as FACT, Open Eye, Tate and The Bluecoat are registered charities and therefore are not affected by the change in policy.

The Royal Standard is not the only visual arts organisation in the city feeling the impact of local authority cuts, though – Static gallery and studios is also facing a much-increased business rates bill after losing its own appeal against the withdrawal of the 80% reduction.

Wolstenholme Projects, another studio complex in the city, has successfully appealed and will continue to pay 20% of the building’s rateable value. A recent high-profile campaign by the not-for-profit arts venue and bar Mello Mello has resulted in the council, according to a statement on Mello Mello’s website, “offering advice and a bit of breathing space” to find a way to keep the venue open, while insisting that its decision to withdraw the discretionary rates relief stands.

“There’s no level playing field,” he says. “And my concern is that the organisations that are basically providing infrastructure for the future and are essential to the culture and ecosystem of the city, are getting hit the hardest.”

In addition to rent on its studio spaces, Static generates revenue from events and outside hires of the main gallery space. Established in 1998, it has developed a funding model that, says Sullivan, is typically 80% private and 20% public money. Since 2009 it has received an annual programming grant (£14,000 for 2012/13) from the council.

Relationship with the city

“For us, the council funding was never really about the amount of money,” says Sullivan. “It was about starting a long-term relationship with the city, because we’re based here and we have ideas about what we want to do in the future.”

“As much as it feels like a crisis right now, if the council are true to their word it could be a good step for The Royal Standard,” says Evans. “It will allow us to establish where we fit into the cultural life of the city and how we’re funded, rather than applying each year for rates relief.”

And if they can’t come to an agreement with the council before the January deadline? “We’d move out before it [the bailiffs coming] happened,” says Evans.

Sullivan, meanwhile, has different plans if the worst should happen – it’s an approach in keeping with the gallery’s recent Debt Machine exhibition and art sale, which sought to ‘visualise’ Static’s debts.

“If we have to pay it and it turns into an issue with the bailiffs, then we’ll make it visible and reflect it as a live project. If a bailiff turns up and we say to him, that’s worth £3,000 – which is a quarter of the bill – they might legitimately say, ‘We don’t know anything about that, we’re not really into art’. However, if we’re backed up by an auction house figure for those works, then it’s indubitable.”

Hopefully, of course, it won’t come to that.

Is your studio space or gallery affected by similar issues around business rates relief? Let us know via Twitter @an_artnews or email [email protected]