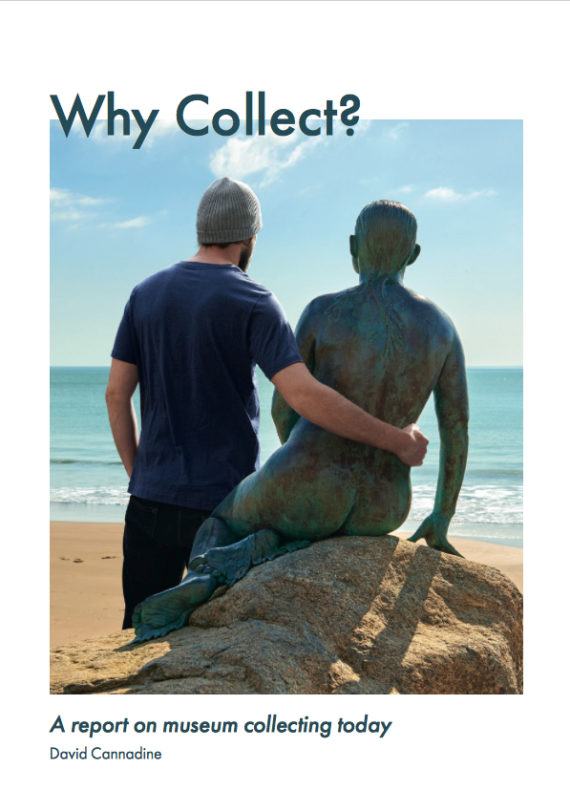 A new report has highlighted what it says is “the ever-widening gap” between the price of artworks and the acquisition funds of museums and galleries in the UK.

Commissioned by Art Fund and the Wolfson Foundation, Why Collect? is written by the historian Sir David Cannadine and traces the collecting history of institutions from the 1830s to the present day.

The report states that public spending on UK museums has decreased by 13% in real terms over the last decade and calls for more investment in museums and their collections.

Cannadine explains that the report, “instead of giving comfort and reassurance, expresses anxiety and concern”. In it, he highlights numerous examples under investment in the sector.

For example, he points out that the £333m recently paid for Leonardo da Vinci’s Salvator Mundi is more than half the entire amount that the Department of Digital, Culture, Media and Sport and other London-based official bodies allocated to England’s museums and galleries in 2016-17.

The report also references a recent survey which reveals that the UK government “spends less on culture in percentage terms than Denmark or France, or Hungary or Latvia”.

Cannadine said: “If ever there was a time to increase investment in museum curators and their collections, then that time is now.

“I call on government to take action in response by accompanying and encouraging philanthropic funding and very much hope that this report may assist the Department of Digital, Culture, Media and Sport in their conversations with the Treasury in seeking for public funding for the arts to be developed and expanded.”

Art Fund director Stephen Deuchar said the report was “timely and penetrating”, adding that Cannadine’s “concerns over the lack of public investment in the growth and care of our nation’s collections, and in the people responsible for them, should be heeded”.

He continued: “Museum collections have a demonstrable impact on people’s cultural lives and wellbeing, and are thus a vital part of the social fabric of our country.

“Art Fund’s charitable programme – helping museums to build their collections, to share them more widely, and to develop the skills and expertise of their curators – is more needed than ever.”

Deuchar also revealed that the Art Fund intends to increase its grant giving to £10m a year by 2020.

Paul Ramsbottom, chief executive of the Wolfson Foundation, a charity that works in the fields of science, health, education and the arts, said Why Collect? “demonstrates again the range and importance of the collections held in the country’s museums and galleries as well as the critical role of the curators who interpret and develop those collections.

“What the report makes abundantly clear is the need for increased and intelligent funding – from both philanthropy and, crucially, the public purse.”