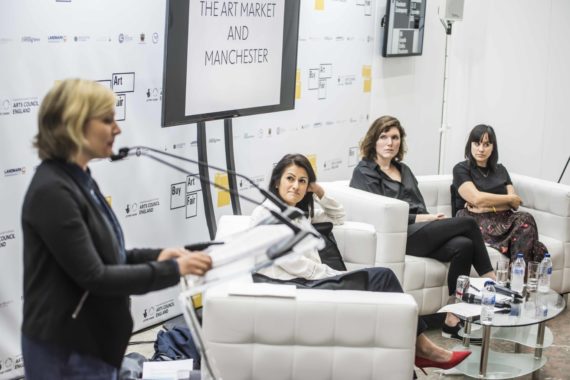 Salford-based exhibition and project space The International 3 has announced it will close later this year, with directors Laurence Lane and Paulette Terry Brien also bringing their 25-year collaborative working partnership to a conclusion.

Brien will take up the role of curator at the Grundy Art Gallery, Blackpool, in November, whilst Lane will continue his creative practice through Forest School Leadership and other freelance activities.

The International 3’s programme has included commissions, solo shows, group exhibitions and events, both on and off-site. Working with a core group of artists, it has taken part in national and international art-fairs, and also brokered exhibition and private commission opportunities through its consultancy.

Explaining their decision, the duo said: “The decision to close The International 3 has not been easy. However we both feel that together we have taken the organisation as far as we can and we are keen to independently explore new avenues.

Brien and Lane added: “When we began working together in October 1992 we had no idea that we were setting off on a 25-year journey. Over that time, we have had the great pleasure of working with so many different artists and collaborators. These artists have inspired, challenged and humbled us with the quality of their ideas and their willingness to share and trust us with their practice.”