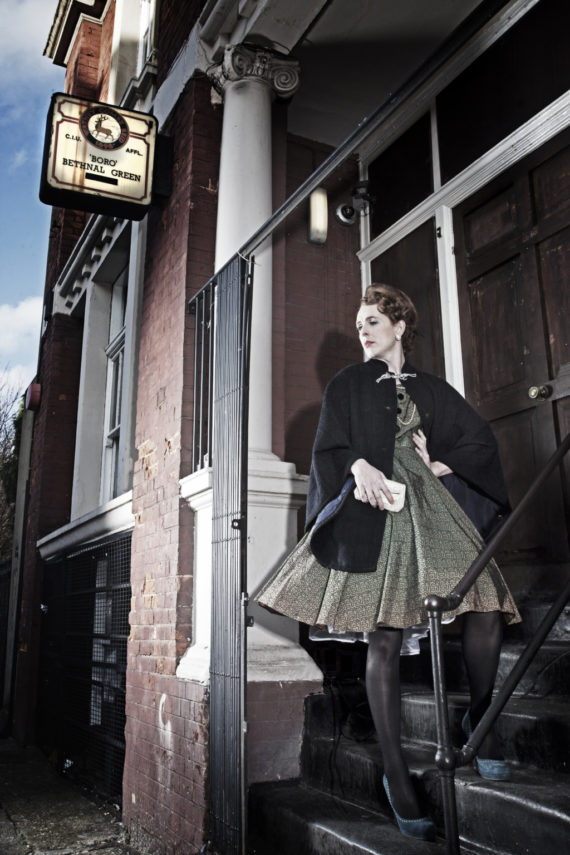 Launched in 2013 by Daniel Fulvio and Martin Moriarty, Inky Cloak makes radical hybrid theatre work that has explored trans vulnerability (Cover Her Face, Bethnal Green Working Men’s Club, 2014), gentrification’s impact on queer club culture (We Raise Our Hands in the Sanctuary, Albany, 2017), and LGBTQ+ experience in care (Like a Song in the Dark, Albany, 2018). Since the start of the pandemic the company has run weekly digital drama workshops for queer elders, and also more recently for younger LGBTQ+ people.

David Hevey: What are you trying to make happen?
Martin Moriarty: We always said that Inky Cloak staged untold queer stories in hybrid theatrical forms, with the aim of making inventive work that foregrounded pressing issues within the LGBTQ+ community. That’s not a bad summary but I’ve been thinking about that phrase ‘untold stories’ a lot recently. It suggests that it’s the stories’ fault that they never got to go to the ball, when it definitely isn’t. Queer stories, like the stories from marginalised and othered communities, have been excluded from the mainstream by the mainstream. So we need to think of another way of putting that.

Is your creative work informed by your lived experience?
It is. I grew up in an Irish family in the 1960s and 1970s. When most kids at school were mouthing anti-Irish rubbish after the Birmingham pub bombings, I was arguing for a united Ireland. Which didn’t go down very well. And then it dawned on everyone else before it dawned on me that I was gay. Cue the inevitable bullying of the era. Not that LGBTQ+ kids get some sort of easy ride today, despite all the advances we have made.

By the time I left university we were in the middle of the 1984-5 miners’ strike. I wanted to do something instead of just giving money to the people collecting outside Tesco, which is why I spent the next ten years involved in left-wing organising. All these experiences distance you from the mainstream because they help you see the profound limits of the status quo.

What does success mean to you?
I think anyone who’s managing to sustain any form of creative life in society at this moment is successful because there are so many forces against us. It’s enormously difficult, so keeping going is how I define success.

How do you make a living?
Inky Cloak has been able to secure Arts Council England funding for all of its big projects, which is brilliant. But like a lot of creatives, that means we stagger from project to project with long gaps in between where we’re thrown back on our own resources. It’s hard to make a living from the work. I have only kept going by continuing to work in trade union journalism.

What’s been brilliant about being part of the Transforming Leadership Programme is that for the very first time I’m beginning to see how we can create something much more sustainable. And that’s rooted in meeting the needs of the community to get those stories told.

What should the ‘new normal’ look like?
Well, we can’t go back to the old normal that wasn’t working, particularly around environmentalism. I think the theatre sector has to take carbon neutrality seriously and bring every single strategic decision into this. We can’t just go back to creating theatre which is fundamentally an expensive, privately-funded, passive spectacle, oblivious to its environmental impact, with magnificent staging that ends up in landfill.

I also think it’s time for some new model to tax rich corporations, like a windfall tax, and get that funding to the arts, and distributed in democratic ways, rather than private funders funding top theatrical organisations because they all happen to know each other! This thing about private funding is serious: one only has to look at what some of the major companies were doing when it was less present – much more radical content was far more widely available.

Take the Royal Shakespeare Company (RSC) in the 1970s when they were using the space that’s now the Donmar Warehouse in London. In 1978, they staged David Edgar’s Jail Diary of Albie Sachs. The South African state had crushed the Soweto uprising, Mandela was still in jail, British businesses like Barclays and Shell were still propping up the system of racial apartheid, and the RSC was doing that brilliant and radical play.

My view is that private funding erodes that radical edge, and is profoundly undemocratic. Those large institutions have to look at themselves and take a step back from taking private funding and genuinely re-develop their practice in response to the climate emergency.

We also need a different idea of what a ‘creative’ is and what the creative industries are, to be far more democratic. At the moment, the ways of pursuing creativity and creative careers are too narrow and at the whim of an audition or funding bid, while vast armies of unpaid and diverse creatives with an array of interesting work never get out there. This has to change, with money tilted towards wider and more diverse ideas of the creative arts and away from privileged institutions and elites.

What do you feel recent times have done for radical creatives?
A light has been shone on extreme inequalities, which gives us an opportunity to ask ‘how do we want to remake society?’ It seems to me that, as creatives, we should explore issues about where wealth and power are in society. If the same people remain in charge of all the key institutions and continue to oversee the funds, I fear that, as history works in ebbs and flows, we may see that social justice gets dropped and funders come under less pressure to make change.

We must do whatever we can to make sure that doesn’t happen. Look what happened in the theatre sector in the early 21st century. In 2003, 11 plays by Black playwrights were produced in spaces like Soho Theatre, Hampstead Theatre, the Royal Court, and the National. That wave was at least partly created by the impact of the McPherson Report and some theatres trying to assess where they stood in terms of institutional racism. But it was not sustained.

Do you see yourselves as leaders?
Leadership is a troubling word! What is leadership? I mean, where does Inky Cloak come from? It comes from the queer community; everything we have done has come from that. Our idea is that we can transform those stories and experiences into hybrid theatrical work, or we can support participants to transform their lived experience into artistic work. But it all comes from the community itself, so it’s more like holding up the mirror to these worlds. For example, our show Like a Song in the Dark looks at the re-closeting of queer elders in social care settings and is about bringing these stories and realities closer to the centre so they can be seen.

I think participation is crucial to the future of radical theatre. We started running weekly digital drama workshops for queer elders in April 2020 to offer people at a greater risk of isolation the chance to stay connected and get creative. We ended up making a livestream show with seven of the participants, including an exclusive video by performance artist Vijay Patel, who led one of the workshops.

From the beginning, we were very clear that the participants weren’t there to have their stories mined by anyone else. We transacted with them as artists in their own right. And they produced such compelling work, in a range of forms. And the feedback was amazing. People are hungry to hear these stories. And they don’t have to be mediated through some other writer’s lens. And that is definitely radical.

Shape Arts is a disability-led arts organisation which works to improve access to culture for disabled people by providing opportunities for disabled artists, training cultural institutions to be more open to disabled people, and through running participatory arts and development programmes.