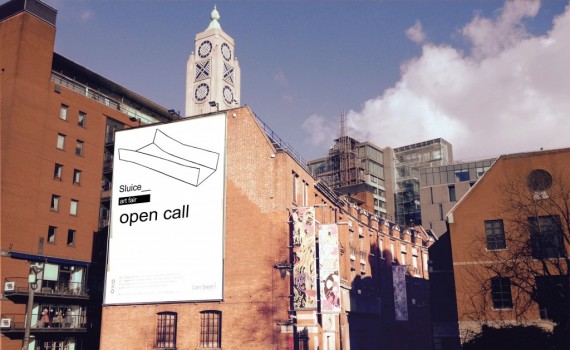 Applications are now open for the 2015 edition of Sluice_ art fair, which will once again take place during Frieze Week this October. The fair will highlight artist-led activity within the prominent location of the Bargehouse exhibition space on London’s Southbank.

Operating biennially since 2011, the fair was initiated by artist Karl England and educator Ben Street. It aims to create a counter-balance to the now fairly standardised art fair format, appropriating and borrowing from the established model as each exhibitor sees fit.

Sluice_ aims to provide a space where the boundaries of this predominant model can be blurred and tested. Associate curator Charlie Levine says: “Sluice 2015 will continue to focus on curatorial approaches, methods of display and question what the role of an art fair is.”

This year’s fair will see approximately 40 galleries exhibit in the Thames-side warehouse on Oxo Tower Wharf. True to its roots, the emphasis will be on emerging spaces and artist/curator-led initiatives.

Adds England: “The 2015 edition will build on the increasingly international flavour of our activities, as we make connections between geographically diverse galleries and scenes that all share a certain DIY ethos.”

Sluice: more of a happening than an art fair by Dany Louise