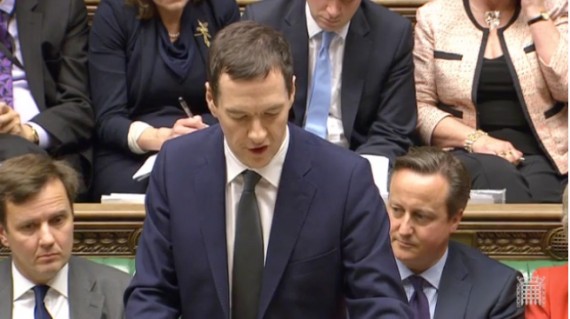 The Department for Culture Media and Sport (DCMS) will face a cut of 20% in its administration budget following the latest Spending Review.

However, in his statement in the House of Commons today, the chancellor George Osborne said that the Arts Council England budget will increase. National galleries and museums will also see increased budgets and free entry will be protected.

In an unexpected move, Osborne said: “Britain is brilliant at culture. One of the best investments we can make as a nation is in our extraordinary arts, museums, heritage, media and sport. £1bn a year in grants adds a quarter of a £1trillion to our economy – not a bad return.

“So deep cuts to the small budget of Culture, Media and Sport are a false economy. It’s core administration budget will fall by 20%. I am increasing the cash that goes to the Arts Council, our national museums and galleries. Free entry to museums and galleries will be maintained and we will look at a new tax credit to support their exhibitions.”

Osborne also said there will be a grant to help fund Hull’s year as UK City of Culture in 2017. He said: “It is part of a package for the Northern Powerhouse which includes iconic Factory in Manchester, the Great exhibition of the North, the Burrell Collection in Scotland, whilst here in London it will help bring the collections of the British Museum and Science Museum out of storage, plus a new home for the Royal College of Arts in Battersea.”

The government has committed to investing £78m capital funding in Factory Manchester – which today announced Rem Koolhaas’ Office for Metropolitan Architecture (OMA) as its architect – plus £9m per year in revenue funding from 2018-19. In London, the government will spend £150m to provide new museum storage facilities.

Many in the arts had been bracing themselves for more cuts in funding. However, further cuts to local authority budgets are expected to have a significant impact on the arts locally. There will be reductions to the local government grant of £6.1bn by 2019-20.

Speaking to the BBC, Museums Association director Sharon Heal welcomed the decision to protect the ACE budget and preserve free entry to national museums, but added: “We remain deeply concerned about the impact of the local authority budget cuts on the UK’s civic museums, and on the huge number of people who visit them.

“We believe that civic and local museums up and down the country will face real difficulties because of local authority funding cuts over the 2015-20 period – particularly those in less well-off areas.

She predicted that more museum closures, job losses and the introduction of charges were around the corner.

The cuts to the DCMS are part of a raft of reductions to government departments, with the chancellor sticking to his commitment to reduce the welfare budget by £12bn, despite a dramatic climbdown on cuts to tax credits.

Responding to the chancellor’s announcement, a statement from Arts Council England issued late on Wednesday afternoon said that the increase in government funding amounts to “a small increase in cash terms of approximately £10m per annum for the four years up to 2019/20”.

The statement continued: “This settlement enables the Arts Council to continue investing in our 663 national portfolio arts organisations and our 21 Major Partner Museums at current levels until 2018. In addition, the settlement allows for growth resulting from new and previously announced government commitments to arts and culture.”

Sir Peter Bazalgette, chair of Arts Council England, welcomed the decision to increase funding to the arts, while adding a note of caution regarding the impact of the local authority funding settlement.

“This is an astonishing settlement for arts and culture,” he said. “The very strong case made by the Arts Council and the sector, supported by DCMS ministers, for the huge benefit arts and culture deliver to our quality of life, our society and our creative economy has been recognised by the chancellor.”

Regarding local authority funding, he added: “We now need to understand the settlement for local authorities. Our team across the country will be having place by place conversations. We cannot replace their revenue but we’ll keep investing where local authorities keep faith with culture.”

What should Arts Council England do next? – Three Johns and Shelagh argue that the system is flawed and that it’s time to rethink both what ACE is and what it is for