Spirit of Sluice lives on - a-n The Artists Information Company 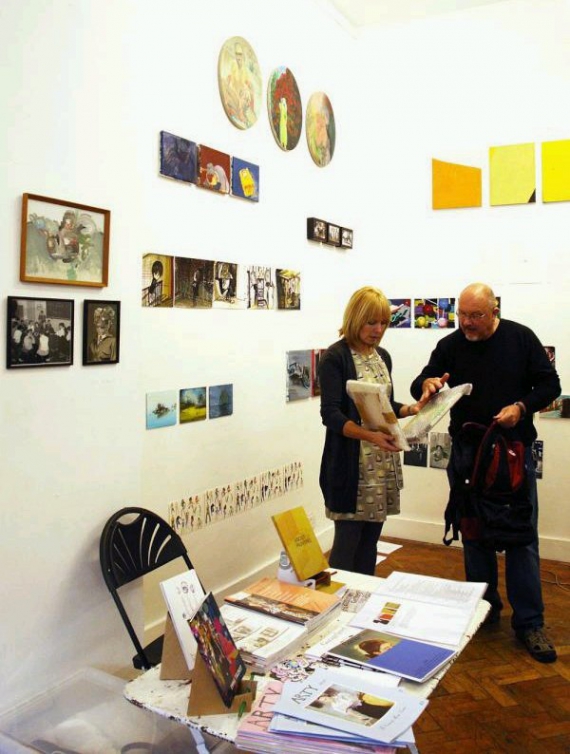 When artist Karl England and curator Ben Street recently announced that Sluice Art Fair would not be running this year, there was a palpable sense of disappointment amongst those who attended the inaugural event in 2011.

For Annabel Tilley, artist, AIR Council member and co-founder of Zeitgeist Arts Projects, Sluice represented an alternative way forward, demonstrating just what small, not-for-profit organisations could achieve through collaboration and solidarity: “Sluice forced us to see our value as a community coming together,” she says. “Not just to share ideas and resources but as a valuable cultural power with huge untapped potential in economic terms.”

“Of course I am sad that Sluice isn’t running,” she says. “These initiatives, which are either cost-free or very inexpensive, are really important for artist-run and not-for-profit organisations. We are regularly asked to take part in art fairs across the world but they are way too expensive for us to even consider doing.”

“The name was inspired by this network of underground waterways that runs below Regent’s Park and through Fitzrovia,” Street explains. “Sluice would be a conduit for networking.”

Although for many galleries the event did lead to sales – “we sold work to buyers that I feel sure would not have made it over to our space in Hackney and had not come across us before,” says Lomax – the last thing on England and Street’s minds was commercial success. The fair was run on a shoestring, daily events and performances were all free, the pitch fee was kept as low as possible (“people laughed when we told them how much we were charging!”) and despite the name, Sluice was more like a huge exhibition than an art fair.

It was this ‘Sluice spirit’ – focused on live-ness, community and a commitment to creating the right conditions for viewing – that caught people’s imagination, and that England and Street will be doing all they can to sustain. They’ll be holding a silent auction at Hanmi Gallery on Maple Street from 22-25 October to raise funds, and there’ll be publication launch in October too. They hope the auction and publication will keep the project in people’s minds so that they can do bigger and better things in 2013.

“We’d like to spread out, make the event less London-centric,” England says, “and involve more galleries so that more connections can be made.” He cites the example of Brooklyn gallerist Stephanie Theodore of Theodore:Art to illustrate what those connections can lead to. Theodore met artist Chris Baker at Sluice 2011 where he was exhibiting with George and Jørgen. Consequently, Baker has recently shown with Theodore:Art in the painting show There Are No Giants Upstairs.

England and Street have no doubt that there is a need for projects like Sluice, and they are keen to stress that the only reason the art fair is not going ahead this year is a lack of project funds. They are, however, determinedly optimistic about the future, and while funding is never certain, support from artists and artist-led initiatives is plentiful. As Tilley says: “It is disappointing that funding has not been forthcoming to support this unique and visionary event, but we look forward to the certain joys of Sluice 2013.”

Sluice gates closed for 2012 Read on

Annabel Tilley: How to emerge? Read on 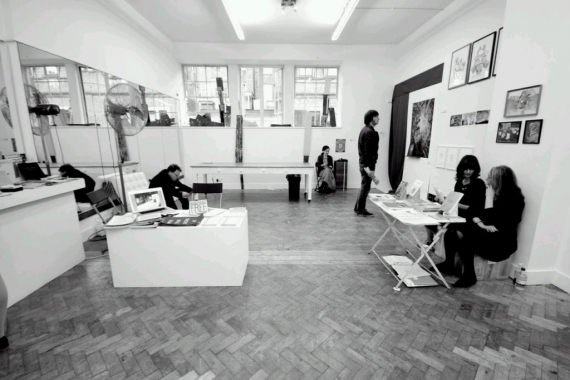