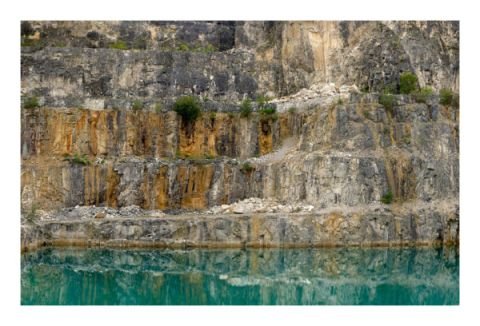 “There has been a bit of a resurgence, property has been easier to get hold of because landlords don’t know what to do with it – they can’t develop it and probably can’t sell it either or get high paid tenants, so keeping the building active and at least covering the rates and costs is a fairly good deal for them.

When we developed projects like this in the early 80s onwards funding programmes for regeneration projects would come through, like the urban programme or regional development fund – fairly large capital funding. These days it doesn’t seem like that’s going to be the case. Regeneration doesn’t even seem to be on the agenda. If you can’t get in on the Arts Council or Lottery there’s pretty much nowhere to go. So it’s very difficult for those projects to look into the future and try and get some sort assistance to establish themselves properly.

The new generation of artists are going to have to find different ways of achieving things. Pots of money will appear here and there, but I can’t see any public or quasi-public organisations get going in any meaningful way.

One of the issues I was continually banging my head against a brick wall with when I was consulting was trying to get them to value the artists in their neighbourhood and how important that sector was to the life and culture of a city. Invariably I never won the argument, because they don’t see it. What they see is businesses and jobs. And the downside for the artists was that the creative industry strategy ended up about being about high growth businesses and digital boom, which squeezed the majority of artists out of the equation.

There is very little understanding about the value of artists in the life blood of the city.”

Photographer Matthew Conduit, graduated Fine Art in Sheffield in 1981 and never left. He went on to work in a range of roles in the arts and creative industries and recent news stories on the city give him a sense of déjà vu. Read Kate Brundrett’s full interview with Matthew Conduit on our Jobs and Opps site.

“But with fewer paid opportunities for artists the question is whether they will be able to sustain their creative ambitions for much longer”. Hear Sima Kotecha’s report for Radio 4’s PM show from 12 January here: www.bbc.co.uk/programmes/b0196tn1#synopsis (approx 27min50secs in, available till 19 January)

Tyneside arts bonanza fringes the Turner Prize: As visitor numbers at the Baltic approach 50,000 – after a fortnight – dozens of other galleries and exhibitions are thronged: www.guardian.co.uk/uk/the-northerner/2011/nov/03/turner-prize-baltic-gateshead