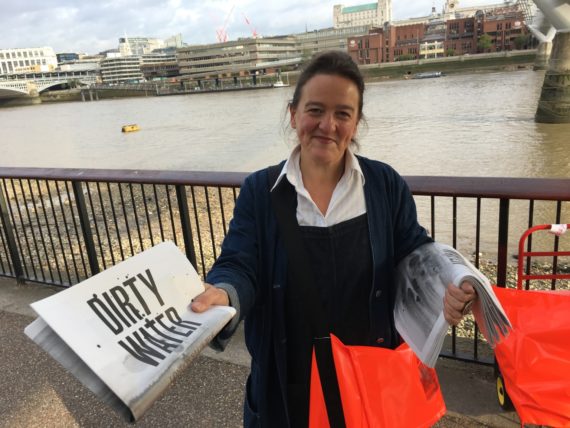 Artist Tania Kovats has given away 6,000 limited edition artworks to launch Art on the Tideway, a new public art programme that will run until 2022.

Kovats’ work Dirty Water is a newspaper featuring a collection of drawings, images, ‘secret’ musings and writings. Copies of the artwork were given away at 22 locations from east to west along the River Thames this morning by volunteers as people made their way to work and started their days. 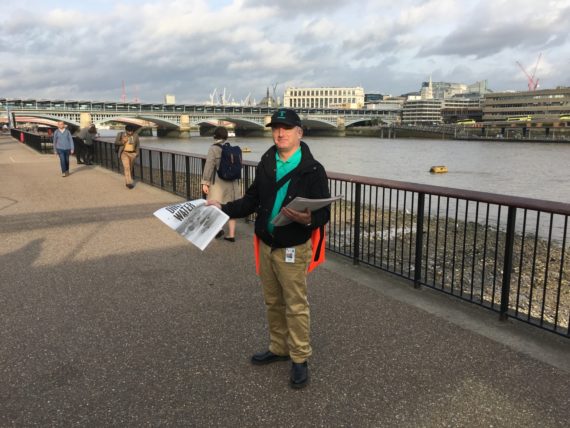 The journal is narrated by the River Thames, conceived by Kovats as an ageing woman ‘within a paradox of memory and forgetfulness, joy, sadness, anxiety and hope’.

Explaining the concept, Kovats said: “She’s recalling the highs and lows of the river over the last 500 years and looking forward to the future. There’s a lot of digging going on due to the new Thames Tideway Tunnel, a ‘super sewer’ that has stirred a lot of difficult memories. To make her feel happier, she is thinking about a lot of the things she loves.”

Overlaying the written texts and images are Kovats’ drawings, mapping the artist’s deep engagement with the river over the past 12 months. It covers a variety of topics, featuring work by JMW Turner and excerpts from Samuel Johnson’s dictionary. There is also a long list of objects found in the Thames, which highlights the problem of waste.

Kovats commented: “The project helps to think about the Thames in relation to the health of the city and how it works as a kind of flush. The Thames isn’t a rubbish bin and it is unfortunately often treated like one. Ironically, so much of the waste is plastic water bottles.”

Kovats hopes her work will help raise awareness of the problem. “I want to remind people of the importance of the river to London but it is hard to imagine the river cleaner. Every time there is heavy rain fall raw sewage is washed in, which is catastrophic. Hopefully the new super sewer will help.” 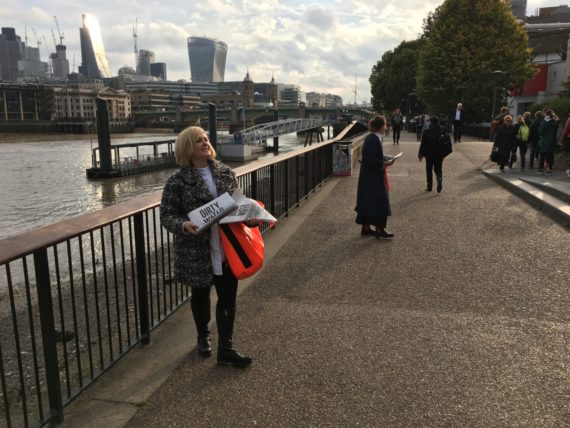 Dirty Water is the inaugural annual artist-in-residence commission for Art on the Tideway, a new public art programme that will feature 50 artworks by leading and emerging contemporary artists over the next five years.

On completion the artworks will trace the 25km route of the new sewer, designed to help tackle sewage overflows into the River Thames.