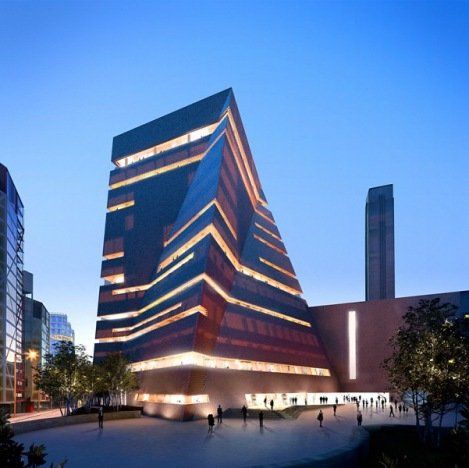 Independent charity The Wolfson Foundation has awarded a grant of £5m to Tate Modern to help support the development of the gallery’s dramatic new extension.

The new building – designed by architects Herzog & de Meuron and rising 64 metres above ground – will increase Tate Modern’s size by 60%, offering new galleries, seminar spaces and a state of the art Media Lab as well as social spaces including a new Members Room, a restaurant and public terrace.

The contribution from The Foundation brings the funds raised so far to 80% of total capital costs – £50 million of which has come from Government, £7m from the Greater London Authority and the remainder from private donors.

Chairman Janet Wolfson de Botton commented: “We are delighted to be contributing to this exciting project at an organisation which has done more than any other to bring contemporary art to a mass audience. Tate Modern has been a remarkable success story since its opening in 2000.”

The new building will be completed by 2016.