Ten years of AirSpace Gallery, Stoke: "We feel like it really belongs to our city" - a-n The Artists Information Company 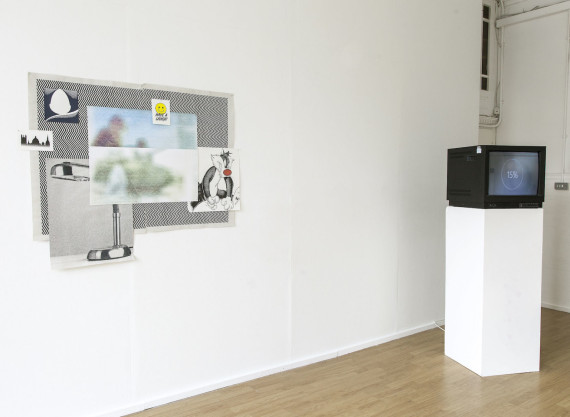 This year marks the tenth birthday of AirSpace Gallery in Stoke-on-Trent. As the North Staffordshire city’s first and so far only dedicated contemporary visual art space, it continues to lead the way for critical artist-led activity within and beyond its geographical remit.

Initiated in 2006 by artists David Bethell and Andrew Branscombe, AirSpace began by looking to support fellow art students at Staffordshire University. “As students it was crazy that we had to go so far to see contemporary work,” says Branscombe. “We wanted a gallery and a place where we could all have a studio here.”

Branscombe – who with Anna Francis and Glen Stoker is one of three AirSpace directors – explains that “after many conversations” the council’s arts development team put them in touch with Mike Wolfe, the former elected mayor of Stoke-on-Trent. He worked in property development and had bought an old pottery factory called Falcon Works.

“We negotiated the use of part of this space for a year on a peppercorn rent,” says Branscombe. “It was completely derelict and many of the people that helped us clean it later became studio members.”

It was, however, a short-term solution and with the building in a deteriorating state they began looking for a new home. Since 2007 AirSpace has occupied a Victorian building on Broad Street in the city centre, gradually taking over the whole of the space with the help of the council. The move, notes Francis, was prompted by a vital recognition from the city council of the importance of rooting AirSpace within the city’s then new ‘cultural quarter’. 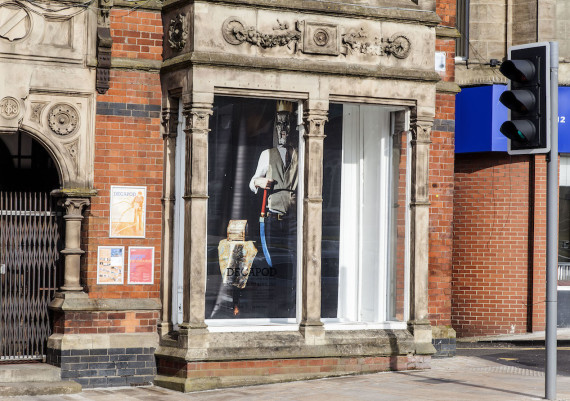 Today, AirSpace comprises a dedicated exhibition gallery and studios, and runs an ambitious programme of gallery-based and off-site exhibitions, residencies and community projects. Its founding ethos remains – an earnest commitment to supporting future generations of artists, to artistic quality, the growth of fruitful, sustainable relationships and a continued relevance to Stoke-on-Trent’s unique community and context.

DECAPOD, AirSpace’s birthday exhibition, fittingly encapsulates many of its aims. The ten artists showing have been nominated by artists, curators and organisations who have worked with the gallery over the past decade. Including new and existing works, the exhibition is both reflective and forward-looking, while nurturing those relationships that have made it successful.

Stoker, a director since 2013, explains: “Those selected for DECAPOD are either emerging artists or more established artists that haven’t yet had enough attention brought to their practice. These range from a current BA undergraduate to an artist who has been working for more than 20 years with some success but without real breakthrough.” 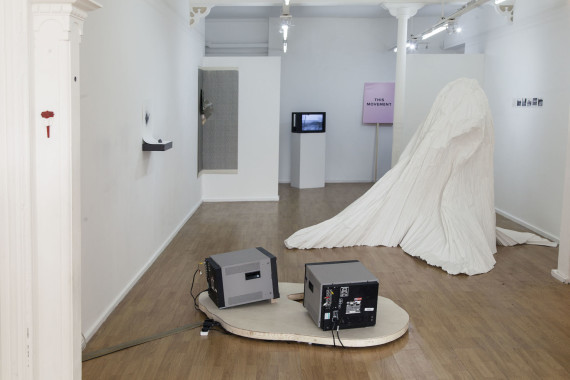 Kim’s Landscape Scene, Hwi-Gyoung and Hwi-Gyoung (both 2014) explore the clearing of residential land for commercial use in Seoul, South Korea. In a video and a photographic stop-frame animation, Kim’s miniature buildings cast in soil are performatively subjected to water. In their collapse, these are perhaps the most sombre and thought-provoking works on display, for all around AirSpace the city is changing. Derelict and still-working factories sit side by side, and empty shops lie adjacent to a new supermarket and multi-million-pound glass-fronted retail complexes, optimistically erected to stimulate economic growth.

Kim’s works highlight uncertainties and fault-lines but as AirSpace know, such things can provide opportunities for artists. “When I moved back to Stoke-on-Trent in 2005, it was almost impossible to imagine it as a place where visual artists could make a go of things,” explains Francis, who became an AirSpace director in 2012.

“It is through the connections that AirSpace has forged that there is now a very different picture here. Cultural activity is popping up all over the place. We always try to react to challenges. Rather than just complaining, we do something – setting up a graduate residency programme, for example.”

The directors describe the relationships AirSpace has worked hard to build as being notable successes. While there are undoubtedly specific projects including the ongoing Spode Rose Garden being developed in partnership with the British Ceramics Biennial, the biennial Conjunction Festival (2006-2014) and exhibitions like PIGDOGANDMONKEYFESTOS (2014), it is pleasing that relationships remain at the forefront of their minds. 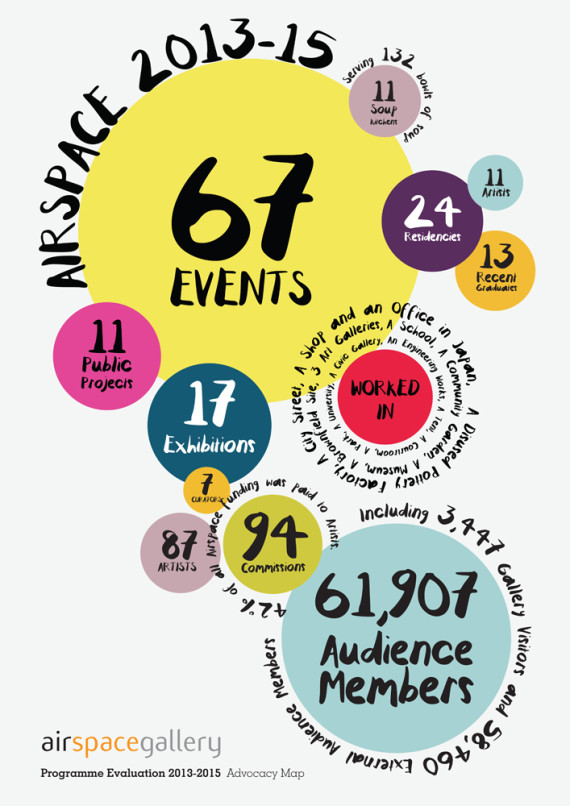 “Womens’ Work is an exhibition opening in September in collaboration with the Potteries Museum and Art Gallery,” says Francis. “It develops research begun during The Artist and the City (2015). It’s fantastic to be strengthening this major partnership and to be continuing to engage with the history of labour and making in the area.”

AirSpace also hopes to play a key part within Stoke-on-Trent’s Capital of Culture bid for 2021. The directors feel, however, that greater emphasis is needed on the visual arts offer that they and other artists and community-based organisations in the city are making. The bid is likely to be enhanced by the 43 new artist studios set to open in the former Spode factory later this month.

Given the physical and infrastructural changes happening in Stoke-on-Trent, spaces that were once freely available are increasingly under threat. There is clear strength, however, in the impact and achievements of AirSpace.

As Stoker emphasises: “AirSpace is bringing artistic quality to Stoke-on-Trent – something that wouldn’t be here otherwise. We are expanding the experience of our locality by showing and sharing contemporary art. We feel that AirSpace really belongs to our city.”

DECAPOD is showing at AirSpace Gallery, Stoke-on-Trent until 2 April 2016. On 2 April AirSpace hosts an Artist Soup Kitchen event titled, The Artist-Led – Then, Now and Next, which will discuss the future of artist-led spaces, with other organisations invited from across the country. www.airspacegallery.org