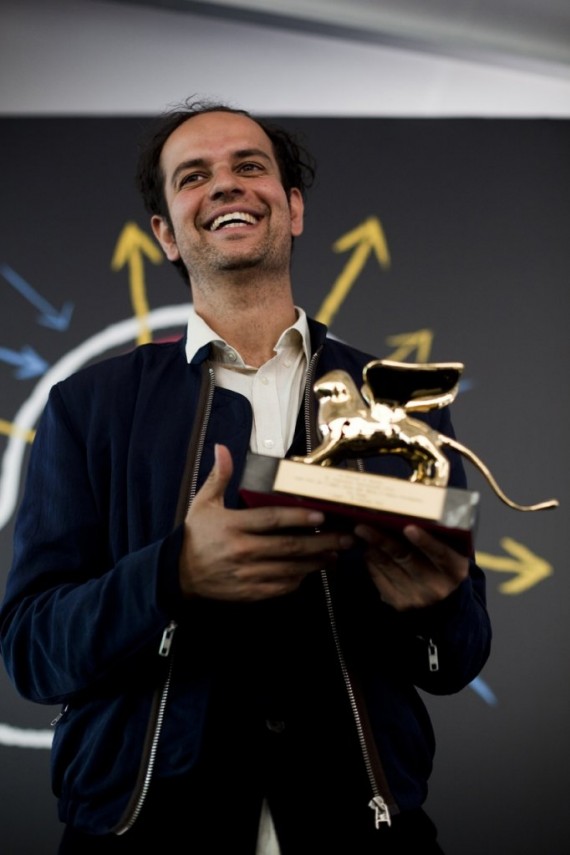 Tino Sehgal has been awarded the Golden Lion for best artist in the International exhibition (The Encyclopedic Palace) at this year’s Venice Biennale.

The British-born artist, who is nominated for the 2013 Turner Prize for his Tate Modern Turbine Hall performance, These Associations, and his This Variation project at Documenta, was awarded the prize for ‘the excellence and innovation that his practice has brought [to] opening the field of artistic disciplines.’

The Golden Lion for best national participation, which is awarded to ‘the curators and artist who together reflect on the irreconcilability and complexity of site’, has been awarded to Angola.

The Silver Lion award for a promising young artist in the International exhibition this year goes to French artist Camille Henrot. She was awarded the prize, which in 2011 was won by Haroon Mirza, for ‘contributing a new work that in a sensuous and dynamic manner is able to capture our times.’

The awards jury, chaired by Jessica Morgan (Great Britain) and comprised of Sofía Hernández Chong Cuy (Mexico), Francesco Manacorda (Italy), Bisi Silva (Nigeria), Ali Subotnick (United States), also decided on four special mentions. These included American artist Sharon Hayes for ‘making us re-think the importance of alterity and the complexity of the interplay between the personal and public’; Roberto Cuoghi for ‘the significant and compelling contribution’ to the International exhibition’.

The jury also recognised Lithuania and Cyprus for ‘an original curatorial format that brings together two countries in a singular experience’; and Japan ‘for the poignant reflection on issues of collaboration and failure.’