Towards Plan B: a different approach to public funding of the arts - a-n The Artists Information Company 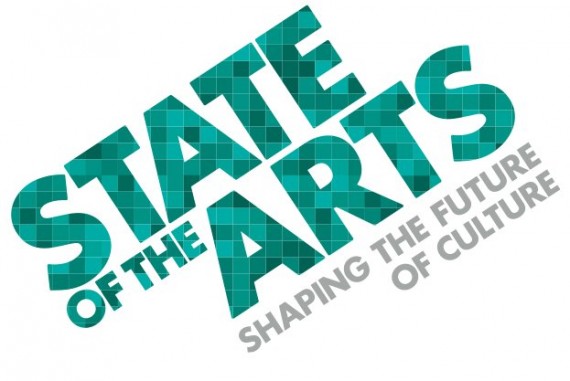 Why is a new report from Arts Council England called Towards Plan A? Everybody knows that George Osborne’s Plan A failed, and that, despite all the rhetoric, he has been pursuing Plan B for the last three years. And what did Plan A deliver? Nothing but recession, a long delay to the recovery, inequality, and despair.

ACE’s Plan A, the result of its State of the Arts strand in partnership with the RSA, is essentially an exhortation to the cultural sector to provide better evidence to government, but that’s not what’s needed. Secretaries of State for Culture and Education on both sides of the party divide have pleaded for more ‘evidence’, particularly on economic impact.

But we know from experience that evidence doesn’t work. National and local governments don’t take decisions about arts funding based on evidence, however convincing it is. Instead, they act in the context of the wider economic picture, and in the light of their own prejudices, world-views, ideology and instincts. That’s what makes politics politics, rather than managerialism.

This Government is driven by an overarching prejudice that guides its actions, and explains its failures: it sees the public and private sectors as separate and oppositional, rather then symbiotic and collaborative. On top of that, it draws no distinction between, on the one hand, organisations that are independent and only partially funded by public money (like the vast majority of arts organisations who are honest, pretty efficient, and deliver a lot of public value) and some of the more creaking, dodgy, self-indulgent bits of the public sector.

The mantra that ‘private is better than public’ shapes policy across education, health, housing and the arts – even though a look at any of the more prosperous and harmonious societies in the world shows that assertion to be emphatically not ‘evidence-based’.

Unfortunately for the arts, they are inherently a part of the public realm, dedicated to public purposes. And as public space turns private – think shopping malls instead of streets, and housing developments instead of parks – cultural buildings from theatres to libraries and museums to heritage sites become all that’s left of the shrinking public realm. No wonder the arts are under attack.

‘Evidence’ will not change that – but is there a Plan B that will?

We think there is a Plan B, but first, we should finesse what the ‘state of the arts’ is right now. Just like the country’s citizens, there are two camps: the haves and the have-nots. The haves are the big beasts, mainly in London, who will continue to get funded regardless. They are well-connected and will still get the vast majority of donations and sponsorship from businesses and philanthropists. And let’s not forget that many of them are held in great esteem and affection by the public. Do they need ‘evidence’ for ‘advocacy’? Well yes, though many of them have a more effective route to political persuasion in the form of trustees who can pick up the phone and dial numbers 10 and 11.

Outside London, there will be councils that get it, and fund the arts whatever their financial situation, and councils that don’t get it, and will cut the arts, whatever their financial situation. Will robust evidence and advocacy save the have-nots? No. Will Plan B? Possibly, and it is a plan that the haves should also adopt (as some already have).

There is nothing new about Plan B. Five years ago we said to the cultural sector that ‘what culture needs is a mandate from the public… professionals need to build greater legitimacy directly with citizens’. (Holden (2006), Cultural value and the Crisis of Legitimacy, Demos, London.) Recent experience in Greece explains why. When recession hit Athens, all cultural funding was cut. The arts community protested, but government ignored them. The arts community then asked for public support in their battle with the politicians… and there was silence.

How many arts organisations can honestly say that their local communities would erect the barricades to defend them? Plan B involves creating the kind of solid public support that makes cuts politically dangerous, or, even better, unthinkable. Some cultural organisations have been pursuing Plan B for years – it’s in their blood, and it’s why they thrive. But many more need to.

Plan B for the arts

This is Plan B for arts and culture. Organisations need to:

• Create relationships rather than transactions with the communities they serve.

• Extend their reach and improve ratings – bums on seats do matter; critical and public responses to what’s on stage or on the gallery walls matter.

• Make their governance reflect their community.

• Be clear about their artistic and civic purposes and shout about them in plain and simple ways.

• Not treat public funding as a proxy for public engagement.

• Use language that everybody understands instead of advocacy-speak.

• Be as creative and innovative in their organisational life as they are (or as they should be) in their artistic endeavours.

• Use their spaces as much as possible; public buildings should be used every hour of the day and night.

• Be financially careful, and so able to show that they give great value for money.

Cultural organisations should be loved and cherished by their communities of interest and/or geography. Communities = people and people = voters. But people are not only voters who can influence politicians, but individuals who can dig into their pockets.

Plan B doesn’t mean abandoning public funding – there will always be organisations that need public funding to be creative, or to serve communities that cannot afford to support them. But if organisations do get total public support, they will be able to flourish without grants. Their existence will no longer be subject to the vagaries of public funding or the whims of philanthropists.

The success of Plan B might look like a supreme irony – turning the arts into the private sector – but it’s not. Instead it sees cultural organisations pursuing artistic and social purposes with direct accountability to, and support from, members of the public. Plan A is not a radical new idea; it’s a failed old idea. We need something different.

ThreeJohnsandShelagh is John Holden, John Kieffer, John Newbigin and Shelagh Wright. All four work in the creative economy and the arts as advisors, consultants, policy developers, writers, and do-ers. They work in the UK and internationally with national, regional and local governments; large and small cultural organisations in the funded and commercial sectors; and social entrepreneurs and corporations.