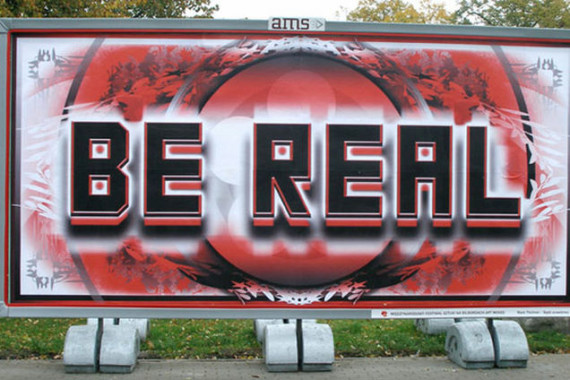 This spring sees the return of Vote Art, an initiative developed by artist Bob and Roberta Smith and project director Matthew Couper that aims to inspire people to vote and to think about the arts whilst doing so.

Five artists will create work inspired by political themes for 15 billboards across the UK, encouraging debate ahead of the EU referendum on 23 June 2016. Four of the artists have already been announced: Hannah Black, Kathrin Böhm, Mustafa Hulusi and Mark Titchner.

An open competition has been launched to find the fifth artist. The winner, who will also receive £500 in prize money, must be a young voter, aged 18 to 23. The deadline for entrees is 13 May 2016.

Berlin-based artist and writer Hannah Black is known for her works in video and installation, while London-based Kathrin Böhm has a long-standing interest in collaborative making and the extending of public spaces.

Goldsmiths’ graduate Mustafa Hulusi represented Cyprus at the 2007 Venice Biennale, whilst Mark Titchner was nominated for the Turner Prize in 2006 for his hybrid installations that include a range of different media.

Titchner said: “This is one of the most important referendums in our lifetime. Most of the artists taking part in the project have always been part of the EU (the last referendum was in 1973) and it’s essential that the arts and artist contribute to the debate.”

The 15 commercial billboard sites that have been secured so far are all located close to galleries, museums or places of cultural interest. In addition, a Kickstarter campaign has been launched seeking an additional £5,000 to enable the campaign to be seen in five more locations.

EU referendum: @artsforeu calls for artists to vote to stay