Whitworth Art Gallery: "It's better than I could ever have dreamed of" - a-n The Artists Information Company 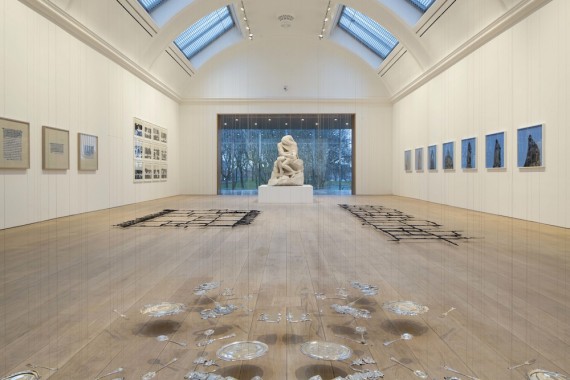 Whether or not you are familiar with Manchester’s Whitworth Art Gallery, it is fairly certain you will be impressed with what awaits if you attend its long-awaited reopening, taking place over this Valentine’s Day weekend.

Put simply, the 19th century gallery has been reoriented to connect more closely with what lies behind it: the 18-acre Whitworth Park. The redesign of the University of Manchester-run gallery not only provides a range of new sightlines out from the galleries towards the greenery, but invites visitors in from the direction of Moss Side, via a new ‘parkside’ entrance and Art Garden.

And the new Whitworth – which has doubled in size – certainly feels airier and much closer to being a gallery of international significance. Two new wings, one containing a “café in the trees” above the new Clore Learning Studio, and the other featuring a new Landscape Gallery above a Study Centre, project back towards the park. On both levels they are linked by glass-lined promenades, held up by a series of polished triangular steel mullions, reflecting light from outside and the faces of visitors within. 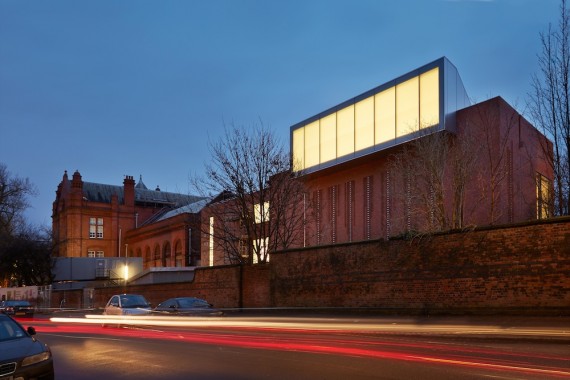 Talking to Balshaw, I was keen to find out if the Whitworth’s characteristic redbrick look, which the improvements have not compromised, caused any delays in the work going ahead. “We had some problems with it being old, because with an old building you discover things all the time that you didn’t know were there,” she says.

“But the listing issue was reasonably straightforward because the architects, MUMA (McInnes, Usher, McKnight Architects), had worked in much more sensitive listed contexts before – they remodelled the Medieval and Renaissance galleries at the V&A, a grade 1 listed building, a design palace.

“From the very beginning, even before we appointed MUMA, I can remember going to present to the planning officers, and we talked to them about the principles in terms of changing the gallery.

“They asked questions and asked us to modify some bits of the approach, but broadly they felt that the gains in opening up the back of the building to the park and extending out and connecting to that green space were so significant that it was really worth any material change that we were proposing to make to the listed context.”

There are important reasons why the Whitworth has made such strenuous efforts to overcome what Balshaw refers to as “threshold anxiety” on the part of people who have never visited it before. “Our ward, Moss Side, is one of the most culturally diverse wards in the north of England,” she says. “It’s also one of the most economically challenged wards, even though it has a world-class university right on its borders.”

The Whitworth redevelopment is part of the University of Manchester’s decade-long Campus Master Plan, which as well as improving the university itself will, in the institution’s own words, “bring benefits to the local area and landscape”.

Another change at the gallery relates to the way artwork is being displayed. Two of the Whitworth’s opening shows, Cornelia Parker’s and Thomas Schütte’s, feature work that is all-too easy for visitors to bump into accidentally. Schütte’s 139 etchings – executed daily in 2001 as a kind of diary which, as well as visualisations of mundane thoughts, includes the horrors of 9/11 – are all hung deliberately low, along thin cables, criss-crossing the gallery.

Parker’s show has several works installed almost at floor level, including silver musical instruments crushed flat by a steamroller and suspended by wires, and two black patinated bronze casts of pavement cracks, East Jerusalem and Black Path (Bunhill Fields). Balshaw is not a fan of putting barriers around art and appears relaxed about what might happen when the visitors start coming in.

“We had a soft testing day last Saturday that was mainly targeted at our regular family visitors, and we were almost overwhelmed by people – we had over a thousand per hour, for four hours,” she explains. “And the young children were absolutely fascinated by Cornelia’s crushed silver – they look like something in a cartoon.

“Our visitor team are incredibly active, and are really good at encouraging calm behaviour around things, so what we saw in the end was toddlers lying on the floor, looking at the silverwork sideways, and sitting and staring at them, and to me that’s absolutely what we want, because it allows a fascination with the extraordinary nature of those artworks. We have more staff than normal in those spaces, rather than barriers, and very vocal, positive encouragement of positive behaviour around the art.”

As for Schütte’s etchings, which are hung at two metres 20 centimetres high to his exact instructions, she says: “He means people to have to make their way carefully.” More than ever, therefore, the new Whitworth is all about engagement.

Balshaw was even able to bring about a unique collaboration, between Cornelia Parker and University of Manchester scientist Kostya Novoselov, the co-discoverer of graphene, the world’s strongest and thinnest substance.

“Fortunately, I’d met him at a Manchester United match,” Balshaw recalls. “So I was able to say to Cornelia, yeah, actually, he’s really nice, he likes art – I’m sure he’d be really interested to meet you. What I couldn’t imagine is that they’d end up removing a flake of graphite from the back of one of our Blake drawings so that Kostya could make graphene from it to trigger a work that Cornelia has created, that will end up with a meteorite shower over Whitworth Park.”

So if you find yourself in Whitworth Park, or anywhere near the Whitworth Art Gallery over the opening weekend, look out for something bright coming out of the dark skies above. As Balshaw puts it: “It’s all better than I ever could have dreamed of.”