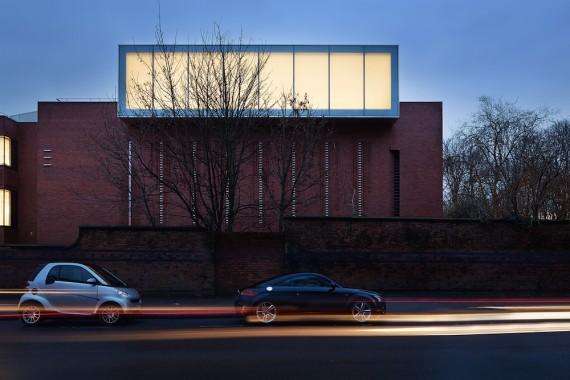 The Whitworth Art Gallery in Manchester was last night awarded the Art Fund Prize for Museum of the Year 2015. Presented by the novelist Ben Okri during a ceremony at Tate Modern, the £100,000 prize was accepted by the gallery’s director, Maria Balshaw.

The Whitworth reopened in February this year after a £15m expansion project that has doubled the size of its gallery spaces and reoriented the building so that it connects with the adjoining Whitworth Park.

The gallery’s reinvention by architects MUMA has been widely praised for its architectural finesse and welcoming, airy design. It has won two architecture awards – the Building of the Year prize in the RIBA North West Regional Awards and a RIBA National Award.

The new Whitworth has also been a huge hit with the public, with visitor figures exceeding expectations. In June, the Whitworth announced that it had welcomed over 180,000 visitors in it first 14 weeks since reopening, surpassing its previous record for a whole year.

Stephen Deuchar, chair of the prize judges and director of the Art Fund, said: “The transformation of the Whitworth – architecturally, curatorially, and as a destination – has been one of the great museum achievements of recent years.

“Its galleries offer intellectual, visual and creative stimulus of the highest order; the collections are innovatively presented, the community engagement programmes are both original and unusual, and the visitor experience is exceptional throughout.

“We were particularly taken with the relationship between the reconceived building and its surrounding park: museum, locality and community merge as if one. And in a wider sense the Whitworth has changed the landscape:  it truly feels like a museum of the future.”

The judges of this year’s award were: Deuchar; Michael Landy, artist; Alice Rawsthorn, design critic and author; Fiammetta Rocco, books and arts editor of The Economist, and Axel Rüger, director of the Van Gogh Museum in Amsterdam.

The Whitworth was one of six finalists. The other shortlisted museums were: Dunham Massey (National Trust), Altrincham; IWM London; the MAC, Belfast; Oxford University Museum of National History; and HM Tower of London (Historic Royal Palaces).