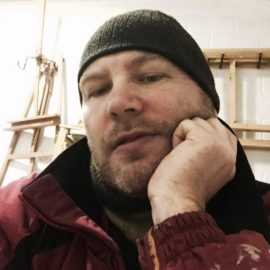 I work across various media incorporating sculpture, site specific work, film and photography to explore the different ways that the land and its borders can be conceptualised. Drawing on the tradition of land art and also the art object, he is interested in the contrasting nature between that of site and nonsite, space and non-space, the utopic and dystopic and the point or place where they interchange and meet. This can result in some highly unusual conditions and it is these conditions that give aesthetic form to much of my work. Glasgow

I didn’t have time to write another entry during the residency as there was so much going on. So this is a retrospective collection of thoughts, experiences and things that I encountered. It would have been good to have more […]

My aim is to write 3 blog updates during the residency in Latvia. One at the beginning, an interim update and a final one before leaving. So this is the first update upon arrival. The questions I was asking were […]

Some more research in the field of artists and film making. This is the final block of research before I head off next weekend for Latvia. So in order that I attended and came across them, here goes. ‘Tacita Dean […]

Two events that I attended in July 2018 have provided fruitful in terms of providing inspiration for film making. These were: Tacita Dean, Woman with a red hat, The Fruitmarket Gallery, Edinburgh (6thJuly 2018) The first event was a kind […]

BRUT Europe As part of my interest in the subject of The Cold War legacy and research for a 2 week residency in September, I attended two events during the Glasgow International Festival in April this year (2018). The first […]

Hello, it’s been a while since I made an update. When I was in Armenia’s capital city Yerevan last year, I visited the most amazing flea market. It’s called ‘Vernissage’ (1) and it sells pretty much everything including books, carpets, […]

‘In July 1994, I set out from Glasgow on a Hitch-Hiking trip. The destination was ‘the continent’, or more realistically France. I left Glasgow on 22nd June 1994 and made it to Paris, via Glastonbury and London. It was one […]

In September I’m going to Armenia for a few weeks, to take part in an ACOSS art residency (http://www.acoss.org). I’ll also be the guest of an artist friend, Vahag. I’ll be posting more info and reports here on my blog. […]