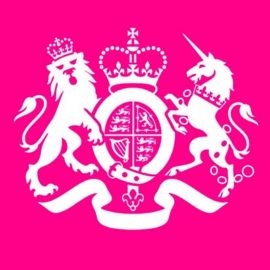 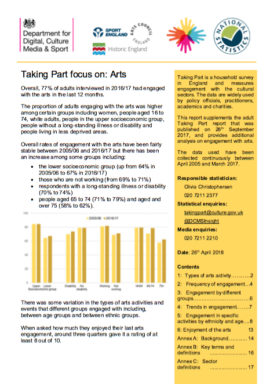 Summary of Taking Part data for the engagement in the Arts during 2016/2017. 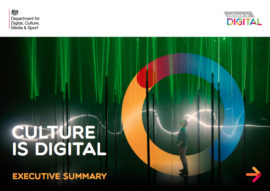 DCMS top level policy document to promote the “dual competitive advantages” of the UK’s strengths in creativity and technology. 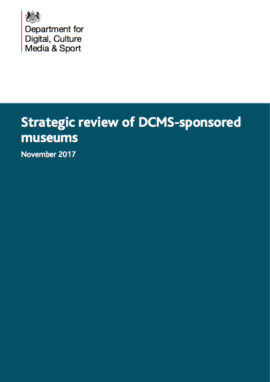 DCMS directly funds 15 museums and the British Library. This review looks at the “functions, forms, effectiveness, efficiency and accountability” within these institutions. 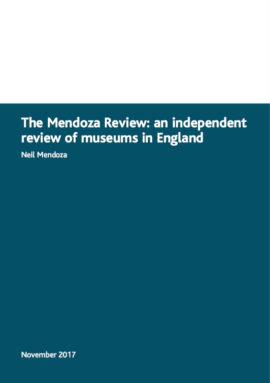 Review in response to the Government’s Culture White Paper in 2016. Visual arts museums are represented, along with sculpture parks.