Inspired by 2012: the legacy from the Olympic and Paralympic Games - a-n The Artists Information Company 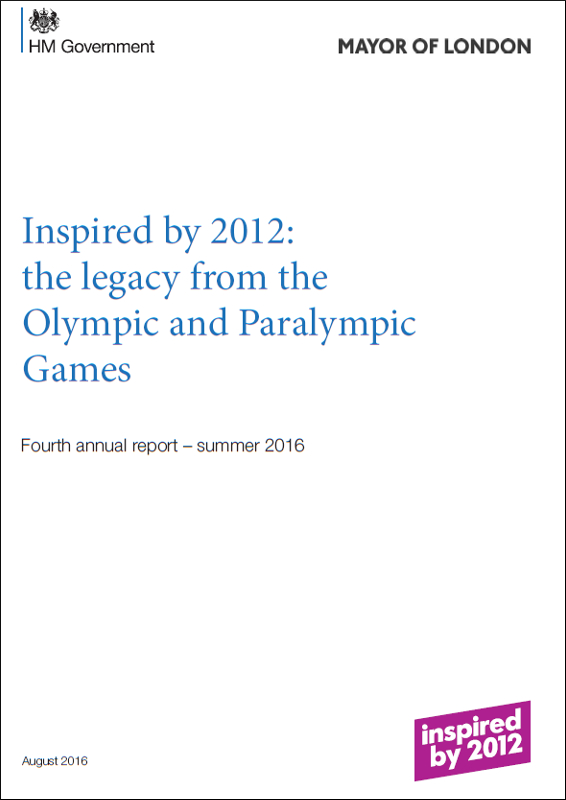 Although it makes little reference to the Cultural Olympiad, this is an interesting document giving an overview of top level developments with the Olympic site in East London and the continuing regeneration of the area. 6,000 people now live in the former Olympic village and 10 million people have visited the Olympic park since it re-opened in 2014. Contains overview GVA and other economic figures; as well as short case studies of continuing community, education and engagement projects.