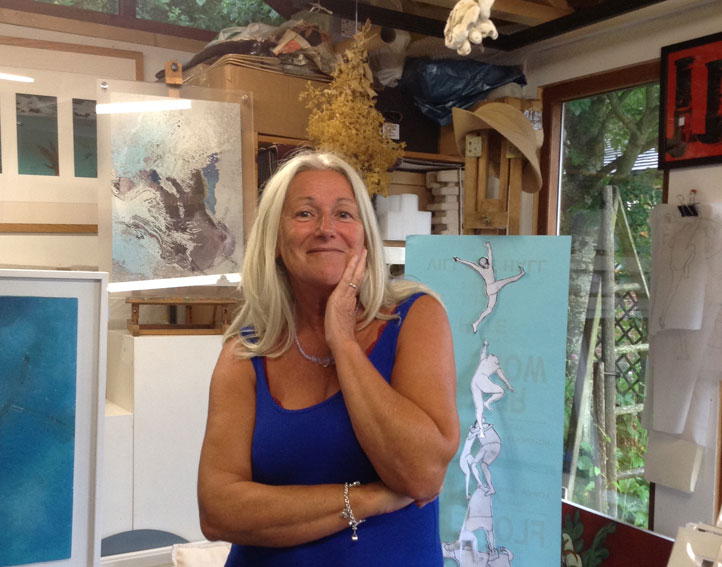 Patricia Wilson Smith is a visual artist/independent curator who uses traditional and digital media to engage with a range of ideas, from landscape and the environment to the current obsession with the centenary of World War One. Working with students in Canterbury, she is curating an exhibition 'Canterbury at War' for the Beaney Museum in October, and is in the process of designing an installation, 'Flight', to be placed in a Canterbury church during the Canterbury Festival. Canterbury, Kent

It’s our second week in the tiny gallery space now known as Gallery7 in Margate, next to the Pie Factory Gallery. We’ve talked with loads of visitors, about sculpture, identity, the arts in general, artists’ selves, life in general! It […]

I need to think how I might construct a final ‘Self’ for this three-week period. I’m conscious of the physicality of ‘Me’. I reflect that I’m privileged to have the time to think about these things. I’m looking through the […]

(The immediate context to this picture is not available as memory, but as learned information, put together from reliable and unreliable sources.)   SELF Wed 28 January 2015 (– reflections on early years) I took down my paintings from the […]

Yesterday, setting up the feathers, was an interesting experience. I had thought about this project for so long,and planned the installation, but when it was time to start hanging the feathers,I felt very nervous. The intention was to hang each […]

Wrapping up the 306 feathers yesterday, as I laid them out they looked strangely human, and all too like the pictures I’ve seen in the media this year, from the Ukraine, and Syria. So this is my penultimate project for […]

I’ve always felt that my installations are ritualistic: that’s something I’ve been veryaware of this week, preparing for ‘Flight’. My 306 porcelain feathers have been sitting in the studio for weeks, waiting, and when I began the week I had […]

28 June – my birthday Imagine: 100 black balloons released in a clear dawn, above the Kentish countryside. Did you see them, floating delicately, ominously, on the cool air? They signalled the 100th anniversary of the assassination of the Arch-Duke […]

It’s 9th June and I was unable to make a war piece for May – partly because I lacked time, partly inspiration. But my film ‘Salient’ was part of the Whitstable Biennale Satellite Film programme, so that’s travelling a bit […]

Today is 2nd May – I’m surprised that I haven’t been able to visit my blog for a month – until I think of all the commitments, distractions and ephemera of life. Two days ago the Assad regime in Syria […]